Achieving international goals to reduce carbon emissions by 2050 is an increasing priority for many governments around the world, including the European Commission (EC) and UK government. Managing the emissions of the maritime sector is particularly under the spotlight. The International Maritime Organisation (IMO) estimates that maritime transport emits around 940m tonnes of carbon dioxide annually and is responsible for about 2.5% of global greenhouse gas. It predicts that these emissions could increase by more than 50% by 2050 if mitigation measures are not put in place.

"The operation of the EU ETS is dependent on reliable data on emissions from the sectors covered. Consequently, the EC has emphasised the importance of the EU Monitoring, Reporting and Verification Regulation (EU MRV), which currently applies to the maritime sector."

It is generally accepted that a global strategy led by the IMO would be the most effective way to reduce shipping emissions and it is considering proposals for various “market-based measures” including carbon taxes, fuel levies and a global emissions trading scheme (ETS). However, the IMO does not plan to focus on these proposals before 2023, so the EU has decided to act unilaterally.

In December 2019, as part of the European Green Deal, the EC proposed to “extend European emissions trading to the maritime sector”. Subsequently, on 16 September 2020, the European Parliament adopted amendments to the EU Emissions Trading Scheme (ETS) Directive , including extending the EU ETS to the maritime sector. Now, following a consultation process, the EC is expected to provide further detail of the new rules that will apply in its package of energy and climate laws, expected during June 2021. These new rules could apply as early as 2023. It is less clear whether the emission trading scheme for the UK implemented on 1 January 2021, following Brexit, will follow the same course.

This briefing explains how the EU ETS is expected to apply to the shipping industry, the current status of the UK ETS in this respect and the legal and commercial issues that may arise.

The EU ETS was established in 2005 as the world’s first international emissions trading system. It operates on a principle of cap and trade, and currently covers numerous sectors, including power generation and aviation. The cap represents limits on emissions agreed by Member States and the EC and reduces over time, so that total emissions fall. “Allowances” for emissions are then auctioned off or allocated for free to companies in the sectors covered and can subsequently be traded. After each year, each participating company must have enough allowances to cover its emissions, otherwise heavy fines are imposed. If a participating company reduces its emissions, it can keep its spare allowances to cover its future needs or sell them to another company.

The operation of the EU ETS is dependent on reliable data on emissions from the sectors covered. Consequently, the EC has emphasised the importance of the EU Monitoring, Reporting and Verification Regulation¹ (EU MRV), which currently applies to the maritime sector, to the extension of the EU ETS to shipping. The EU MRV has been described by the European Parliament “as a first step … for the inclusion of maritime emissions in the EU’s [Greenhouse Gas] emissions reduction commitments and for the subsequent pricing of those emissions in line with the ‘polluter pays’ principle”. It:

"It is therefore anticipated that the EU ETS will apply to all ships over 5,000 gross tonnage that are “arriving at, within or departing from ports under the jurisdiction of a Member State” to load or unload cargo or passengers. "

It is therefore anticipated that the EU ETS will apply to all ships over 5,000 gross tonnage that are “arriving at, within or departing from ports under the jurisdiction of a Member State” to load or unload cargo or passengers. It is also expected that the EU will use the historic data collected under the EU MRV to set the cap on emissions. The new regime will likely operate alongside the creation of an Ocean Fund, financed by revenues from the allowance auctions. The fund’s objective will be to improve the energy efficiency of ships by investing in innovative technologies.

Following Brexit, the UK has implemented its own emissions trading scheme (UK ETS). The UK ETS largely mirrors its EU counterpart but is subject to the UK’s more ambitious target of net-zero carbon emissions by 2050. Nevertheless, it remains unclear whether the UK ETS will apply to the maritime sector. The UK is currently working to implement its 2019 “Clean Maritime Plan”, which does not include use of an ETS. An advisory body to the UK government, the Climate Change Committee, has suggested that an ETS is only one option in reducing emissions from shipping, with a carbon tax, and the deployment of zero-carbon fuels also being considered.

Key legal and commercial issues for the shipping sector

The geographic scope of an EU ETS for shipping using the voyage parameters set in the EU MRV regulation would be extensive given its application to CO2 released during voyages to or from a “port of call under the jurisdiction of a Member State“. This means that it would apply to all voyages within the EU, as well as the last leg of an incoming voyage and the first leg of a voyage departing the EU. It would also capture voyages to and from ports outside of mainland Europe that are under the jurisdiction of a Member State such as Atlantic ports in the Azores, Madeira or the Canary Islands.

Additionally, many shipping services involved in international trade are unscheduled services operating globally that may make only a small number of port calls in the EU annually, and may not make calls from one year to the next. At present, those ships are still subject to EU MRV, and if EU ETS were to apply too, this could cause a further significant and disproportionate administrative burden.

Consequently, the UK’s decision on whether to apply its ETS to the maritime sector will be significant. If the amount of emissions subject to the EU ETS is to be measured by reference to the voyage in or out of the EEA, it may become more cost effective for shipping parties to minimise emission costs by rerouting voyages. For example, ships crossing the Atlantic Ocean could dock at Southampton or Felixstowe before going on to an EU port such as Rotterdam. Alternatively, cargoes bound for the EU could be offloaded in a UK port and transhipped by a feeder service or via rail or road through the Channel Tunnel.

If the UK (or any other region) applies its own ETS to shipping, it will become necessary to consider the effect of multiple ETS regimes on the same voyage. The different carbon reduction targets and policy objectives of various governments and the IMO mean it is possible that regional ETSs could diverge and operate in parallel, undoubtedly imposing onerous obligations and leaving scope for disputes to arise when obligations are not met.

"The UK ETS largely mirrors its EU counterpart but is subject to the UK's more ambitious target of net-zero carbon emissions by 2050."

It is also anticipated that the EU ETS will follow the EU MRV in terms of allocating responsibility for compliance. On 16 September 2020 the EU MRV was amended so that its obligations may be fulfilled by “the shipowner or any other organization or person such as the manager; the time charterer, the bareboat charterer, which has assumed the responsibility for the commercial operation of the ship from the shipowner and is responsible for paying for fuel consumed by the ship”. If the EU ETS takes a similar approach, it will allow flexibility for the parties involved in the operation of each ship to determine who assumes responsibility for complying with the ETS.  However, such an approach also means that failure by parties to agree responsibility may lead to complex disputes regarding liabilities incurred as a result of breach of the ETS.

While the shipping industry waits for the EU’s proposals in June, the scope of the EU MRV suggests that an extension of the EU ETS to shipping could mean that a significant proportion of global voyages are captured within it. This will pose important questions of risk allocation in all contracts that could be affected, even if they concern a ship that does not frequently voyage to or from mainland Europe.

Long term charters are already being drafted to anticipate proposals for future fuel levies, carbon taxes, and global emissions trading schemes². Given that the EU ETS may be implemented as soon as 2023, we recommend that parties at least consider the following “action points” when drafting and negotiating their contracts:

Overall, the application of the EU ETS to shipping, ahead of either a UK ETS, other national schemes (such as the ETS recently launched by China) or a global IMO backed scheme, could lead to multiple regimes where compliance is both costly and time-consuming. Great care will be needed by all those affected to ensure full compliance and to avoid fines and disputes. 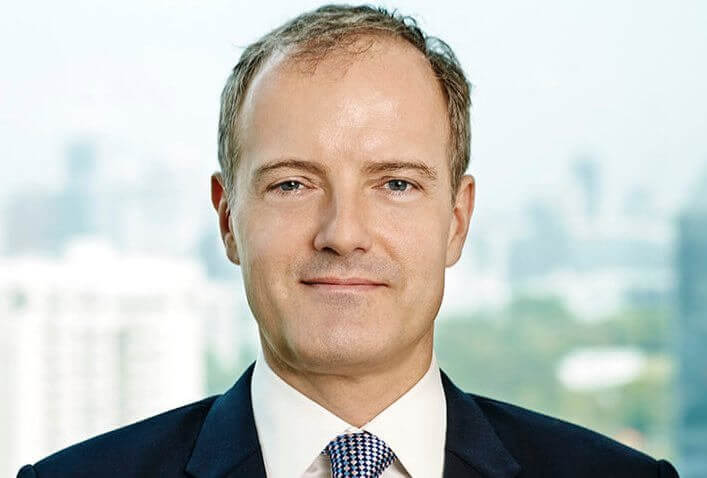