Past, present and future debts

"Thai and NOK’s lessor creditors voting rights were substantially reduced by only admitting amounts due and outstanding before the date of the rehabilitation order made by the court."

Given the amounts owed to them, Thai and NOK’s lessor creditors should have had a significant influence over the rehabilitation plan terms. While creditor voting rights were allocated on the basis of the approved proofs of debt, their voting rights were substantially reduced by the technical approach taken by the official receiver in only admitting amounts due and outstanding before the date of the rehabilitation order made by the court. This excluded amounts for which the payment date fell on or after the date of the rehabilitation order. For both operating and finance lessors this resulted in significantly smaller approved claims which reduced the amount to which they would be entitled and a corresponding reduction in their voting rights. While the approach taken by the official receiver is consistent with one interpretation of the relevant provisions of the BA, it fails to recognise the commercial realities of operating and finance leases and the benefits to Thai lessees of these lease structures.  Unsuccessful court challenges to this interpretation in the Thai rehabilitation suggest that this will be the approach taken in future rehabilitations in relation to leased equipment and other assets.

Takeaway: Revision of the Bankruptcy Act (“the BA”), promulgated in 1940, to address this issue appears unlikely and the role of foreign lessors in any update to the legislation would, at best, be limited. Lessors should consider whether security deposits and maintenance and other reserves adequately and appropriately reflect their risk exposure in future rehabilitation proceedings, particularly for leases of 5 or more years.

Saving for a rainy day?

Once the rehabilitation was ordered, lessors who acted promptly to apply security and other deposits to outstanding debts were able to reduce their debt exposure.  Lessors who held security deposits and maintenance reserves found that these were quickly exhausted when applied to the debts owed by their Thai lessees. Lessees also sought to block or challenge application of the deposits on the basis that the deposits were subject to the control of the Bankruptcy Court.

Many of these deposits are unlikely to be replenished during the remaining term of the existing lease or in any new lease over the same aircraft. Whilst agreement to such terms may reflect current market conditions, lessors may be exposed in the event of future defaults.

Where ongoing maintenance obligations were not being met in accordance with the terms of leases, the maintenance reserves were often insufficient to enable the lessor to address deficiencies in the maintenance schedule and to ensure that an airworthy aircraft could be removed from Thailand.

"Lessors should consider higher security and other deposits and closer monitoring of maintenance obligations."

How secure is your security?

Takeaway: In assessing the credit risk of a lessee, the enforceability of foreign law governed security should be carefully considered. The position of lessors would be improved by adoption of the Cape Town Convention by Thailand.

How far to Cape Town?

The challenges of repossession and issues in relation to recognition of foreign security could be addressed, even if only in part, by Thailand adopting the Cape Town Convention and recognition under domestic law of aircraft mortgages.

Takeaway: Given the sacrifices made by many lessors for benefit of the Thai aviation sector, lessors should now more directly press for Thailand to proceed with ratification of the Cape Town Convention and recognition of aircraft mortgages and other security.

The current global market for aircraft made it difficult for many lessors to find new lessees for their aircraft. This made the threat of termination of leases and removal of the aircraft from Thailand a significantly less credible threat than in pre-COVID-19 market conditions. As repossession of aircraft in Thailand remains less certain than in other jurisdictions, lessors who found new lessees for their aircraft were forced to engage in lengthy court proceedings for repossession or negotiate with the incumbent operator to obtain their consent, which typically required further concessions to the defaulting lessee. Neither provided lessors with certainty or the confidence that they could deliver the aircraft to new lessees in a commercially reasonable timeframe. Lessees have relied and will continue to rely on the challenges of contested repossession to their advantage and to extract concessions and terms from lessors, which would not normally be available if contested repossession was more certain.

The Civil Aviation Authority (CAAT) introduced a process for lessors to deregister and repossess aircraft without lessee consent. Further details are in our article here. This requires the lessor to demonstrate that the lease was properly and validly terminated. This was not tested in the Thai and NOK rehabilitations. Given the rehabilitation proceedings underway, in any such deregistration application, the CAAT would likely have taken a thorough and strict approach to whether the lease was properly terminated. This is likely to have required the lessor to demonstrate that an event of default sufficient to justify termination of the lease had occurred and could not be remedied by the lessee or plan preparers or their opportunity to remedy had expired. Repeated and sustained failures to respond to events of default, even if only by a reservation of rights, provided lessees with a potential argument of waiver in any assessment of the validity of termination of leases, making a CAAT order for deregistration less likely and litigation in the Thai civil and administrative courts more likely.

"Repeated and sustained failures to respond to events of default, even if only by a reservation of rights, provided lessees with a potential argument of waiver in any assessment of the validity of termination of leases."

Takeaway: lease terms which factor in or depend on the lessor’s right of repossession as a deterrent to ensure lessees do not default should be carefully reviewed. Future leases should also be on the basis that contested repossession is a final and uncertain option for lessors. Events of default should be addressed, even if only by way of a reservation of rights.

Order in the (bankruptcy) court

The Thai Airways rehabilitation was historic because it was the first major airline rehabilitation and because of the public stake in Thai Airways. The procedures and outcome of the Thai and NOK rehabilitations are likely to play a significant, if not determinative, role in future airline rehabilitations, regardless of whether these reflect a balanced and objective interpretation of the 1940 BA, an understanding of the commercial and operational realities of aircraft leasing and airline operations and the international and cross-border nature of aircraft leasing and financing.

Lessors should focus on how to minimise their exposure to these issues and to be prepared to deal with these issues in future airline rehabilitations. Lessors should rely more on ongoing actual market performance and their own assessments than on the plan for their business plans and projections and in assessing the credit risk of Thai airlines under rehabilitation.

"Lessors should also act promptly on events of default and ensure that they are prepared to deal with efforts by lessees to negotiate further favourable changes to lease terms against the threat to terminate leases."

The Thai and NOK rehabilitation plans were based on projections and assumptions as to levels of domestic traffic and a reopening of Thailand to foreign tourists in mid-2021. China and India, two of Thailand’s critical and largest inbound tourism markets are unlikely to reopen until mid-2022 and this will have a marked effect on inbound tourism arrivals and a corresponding impact on international and domestic passenger numbers. The current levels of COVID-19 transmission resulted in a suspension of most domestic flights and is likely to delay the meaningful return of foreign tourists until mid-2022. This will have a corresponding impact on the traffic and revenue projections of Thai airlines.

Takeaway: closely monitor traffic and aircraft utilisation as well as broader market conditions and projections. Lessors should also act promptly on events of default and ensure that they are prepared to deal with efforts by lessees to negotiate further favourable changes to lease terms against the threat to terminate leases, which is considered below. As market conditions improve, the negotiating position of lessors should improve and lessors should consider the extent to which they are able to negotiate changes to currently agreed lease terms and repossess aircraft to be leased on more favourable terms to other operators.

Lessees and their advisors sought and will continue to seek to ensure that the lessors do not act in concert and negotiations are conducted on an individual lessor basis.  While this may reflect that the age and condition of the leased aircraft differ, it gave the lessees a commercial advantage in negotiating new or replacement lease terms. A cornerstone of these terms was power by the hour (PBH) lease rates.  PBH rates are currently industry standard and have provided lessees with a short to medium term favourable commercial risk allocation. 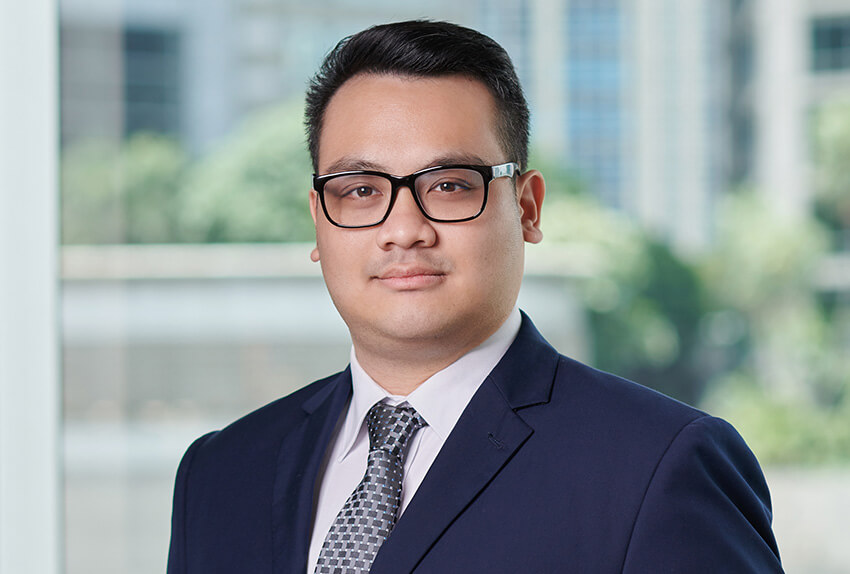 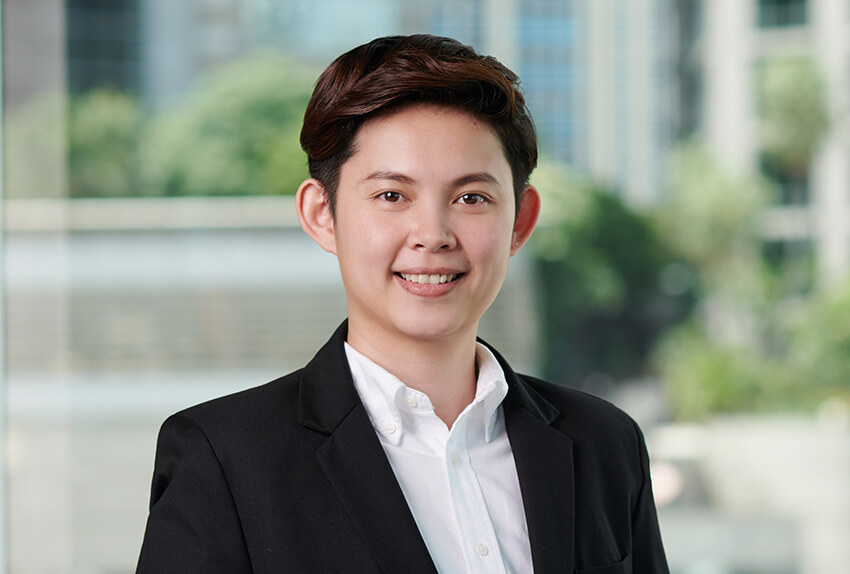 "Lessors should now more directly press for Thailand to proceed with ratification of the Cape Town Convention."

Lessees and the plan preparers reached agreement with lessors on PBH rates as part of lease renegotiations and applied these across the entire fleet to be retained by the lessee. Once the rehabilitation plan is approved, the plan administrators have the power to reject contracts, including renegotiated leases, as onerous.

Takeaway: ensure that PBH and other amended lease agreements are signed by the plan preparers and/or administrators. The consent of the plan administrators to the revised terms will make it more difficult for them to successfully reject revised leases as onerous contracts but lessors should be prepared to for such rejections given the changed market outlook and projections, addressed below.  Lessors should also be prepared for other Thai opreators to propose lease rates based on the terms agreed with Thai and NOK.

The Thai and NOK fleets of leased aircraft were subject to foreign law governed leases and to dispute resolution processes outside in Thailand. These were largely untested in the rehabilitations. Although Thai Airways obtained protective orders in some foreign jurisdictions, this did not apply to all jurisdictions, the risk of enforcement of a foreign court judgment or arbitral award against assets or aircraft outside Thailand does not appear to have played a significant role in the approach taken by either airline or their plan preparers.

The orders and judgments of the Thai Bankruptcy Court were unlikely to have been recognised and enforced outside Thailand. This is particularly because Thailand has no agreements on the mutual recognition and enforcement of judgments with other jurisdictions.  The courts of Thailand neither recognise nor enforce the judgments of foreign courts.

Takeaway: Jurisdictional analysis, questionnaires and advice should be reviewed and updated to reflect the outcomes of these rehabilitations. This is particularly in relation to the assessment of the ability of lessors to rely on foreign law and foreign court/arbitration proceedings to enforce their rights.