On 23 February 2022, the EU Commission adopted a proposal (the “Proposal”) for a directive on corporate sustainability due diligence (“CSDDD”), in what is widely considered to be a watered-down, compromise form, following a double rejection by the regulatory scrutiny board. The rules aim to better protect human rights, including labour rights and a healthier environment. They include a duty on in-scope companies to identify, bring to an end, prevent, mitigate and account for human rights and environmental impacts in their value chains. Companies should also be mindful that the Proposal expressly extends the duties of their directors to oversee and implement the CSDDD process.

"The rules aim to better protect human rights, including labour rights and a healthier environment."

The Proposal applies to:

The Proposal is now subject to debate and possible amendment by the European Parliament, before being passed to the European Council. We understand that it is hoped much of this process will be completed by December 2022.

As the next stage of debate on the proposals gets fully underway, we highlight below the issues that companies and other stakeholders should be most concerned about.

1. Will the directive achieve its stated aim of a “level playing field” for companies already implementing due diligence procedures?

One of the most often-cited reasons for the CSDDD has been that it will create a level playing field between those companies already undertaking human rights and environmental due diligence, and publishing the results (with the potential criticism which follows) and those companies who have so far “failed to do the right thing” under voluntary or “soft-law” standards.

However, the restrictions of EU law which mean that the CSDDD has to be implemented as a directive also mean that there is a significant risk that implementation under different national substantive and procedural legal regimes will lead to uneven implementation across member states.

2. How can principles developed for human rights due diligence be practically applied to environmental and climate change due diligence?

Much of the discussion around the application of the Proposal has centred on experience of human rights due diligence, in particular under the UN Guiding Principles on Business and Human Rights, and the aligned OECD Guidelines for Multinational Enterprises (as supplemented by various further guidance). However, the Proposal applies to both adverse human rights impacts and adverse environmental impacts within exactly the same framework.  This means that issues which have traditionally been dealt with by different experts within companies and government bodies are now expected to be dealt with together, through the same processes, which have not been robustly tested for application to environmental impacts.

3. How should companies map their value chain?

Many of the provisions in the Proposal rest on the assumption that a company has been able to effectively map the entirety of their value chain, right down to identifying indirect “established business relationships” through multiple tiers. Although some companies have been able to effectively map supply chains for key raw materials, including through proprietary systems, use of blockchain and geolocation systems etc., to the authors’ knowledge, this has never been done on a large scale across all of the company’s value chain (the proposal does not limit the scope of due diligence to core raw materials only).

Although there is some detail on how, for example, companies are supposed to undertake and verify due diligence and risk mitigation measures, there is no real guidance on how companies can ensure that “established business relationships” with indirect suppliers are disclosed to them. This practice may be considered contrary to the business model of many middlemen, as well as to a number of contracts which include non-solicitation clauses or other restrictive covenants.

4. Will larger companies simply use “contractual cascading” to shift the burden down the supply chain?

The Proposal includes a number of measures designed to stop larger companies simply requiring SMEs to pick up the burden of investing in investigation and monitoring of issues, as well as picking up the cost of mitigation (see, for example, Article 7(4), which requires the larger company to bear the cost of third party verification it requires SMEs to implement). In spite of this, there is a lingering concern that larger corporates will comply only with the letter of the proposal, by including contractual clauses requiring compliance, but not backing this up with the necessary support to achieve the relevant goals.

5. Who will the Supervisory Authorities be staffed by, and what will they do?

The Proposal includes powers for the Supervisory Authorities of each Member State to conduct inspections and carry out investigations into possible breaches by a company of the obligations in the CSDDD. Much of the language used in the Proposal (for example, the requirement to “take appropriate measures”) is very general and principles based. It will require significant expertise, both within companies and planned Supervisory Authorities, to analyse what is “reasonable” or “appropriate” in any given situation and to apply this in practice. The areas of expertise are broad, encompassing both human rights and environmental expertise, across all industries and multiple underlying jurisdictions. There are a limited number of individuals who hold this expertise and therefore a risk that the relevant expertise will not be available in all member states and/or that companies will face a skills gap when recruiting individuals to assist in the implementation of the required analysis, policies and processes.

6. What is the purpose of the corporate governance provisions?

Some member states have been particularly opposed to the inclusion of corporate governance relating to Paris Agreement targets provisions in the Proposal. It is a departure from the underlying framework, which has been borrowed from the UN Guiding Principles on Business and Human Rights (albeit with a number of very significant departures). Critics argue that this is both unnecessary, as the relevant provision (Article 15) essentially replicates existing or proposed EU law and/or detracts, or potentially conflicts with the remaining provisions.

7. Would the provisions of the proposal make suing companies easier?

The civil liability provisions (Article 22) have been a key campaigning ground for a number of civil society organisations, who wanted to see the removal of perceived barriers to suing corporates for alleged complicity in human rights and environmental issues in their home jurisdictions. The prior proposal of the European Parliament (published in March 2021) had included proposals to significantly amend existing jurisdictional and choice of law rules for relevant cases, which are not present in the Commission’s Proposal. Instead, this Proposal creates a new form of civil liability for damages arising from a failure to comply with the mitigation and remedy provisions (Articles 7 and 8), with some exceptions which different commentators have interpreted in very different ways.

Opinion is split on whether these provisions will make it easier or more difficult to sue corporates. That may also depend on the way in which these provisions are incorporated into national law, as well as the application of national procedural rules, which will determine issues such as limitation periods, extent of disclosure etc. and also the attitude of different Supervisory Authorities.

On the other hand, the transparency provisions contained in Articles 11 (subject to clarification in delegated acts) may make it easier to sue corporates under existing tortious regimes, in particular in common law jurisdictions, where more information on the identification of risks, and efforts to mitigate or remedy them will be more readily available.  The Proposal therefore potentially represents a double threat for companies who are caught by the turnover provisions of the regulation but are domiciled outside the EU.

8. Does the proposal provide for sufficient scrutiny of the activities of auditors?

The Proposal specifically suggests that the effectiveness of contractual controls should be monitored by auditors. However, a number of examples over recent years have exposed the limitations on the use of audit as a monitoring tool, in particular where audits are pre-arranged and employees coached on the information which will be provided.

Whilst the Proposal contains specific provision for liability for companies which do not fully comply with Articles 7 and 8, there is no provision for others involved in due diligence practices who may be equally, or more to blame. Whether auditors can be sued for failing to properly identify and report issues may well still be subject to the peculiarities of both procedural and substantive law in relevant jurisdictions.

9. Where is the provision for consultation and amicable resolution?

The requirement for consultation which underpins both the UN Guiding Principles and the approaches under a number of wider UN Covenants (particularly when dealing with issues relating to indigenous communities) is largely absent from the Proposal. Whilst company and operational level grievance mechanisms have long been seen as a way to seek early and constructive resolutions to issues, the proposal expressly prohibits the mandated “complaints” process from preventing access to judicial remedy – whilst being unclear on whether that includes the scenario where a negotiated solution is reached. There are also questions around how this fits in with existing whistleblowing requirements.

Similarly, the recommendations to be made by a Supervisory Authority are not to be reached in consultation with affected people, and it is unclear whether the Supervisory Authority will seek to bring corporates and rights-holders together to discuss issues and the implementation of potential solutions. 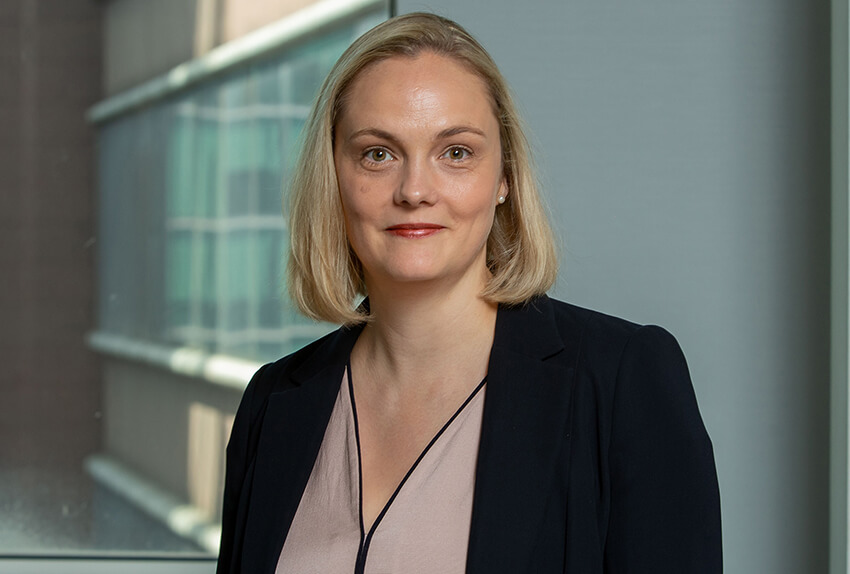 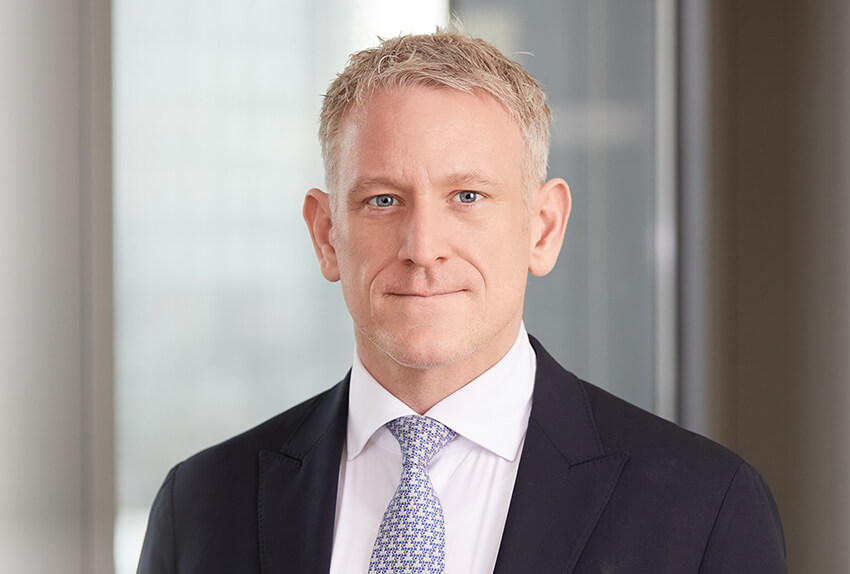 "There are also questions around how this fits in with existing whistleblowing requirements."

10. Would the CSDDD make it more difficult for companies to resolve complex issues, and result in an exit of EU companies from problematic jurisdictions?

Whilst the Proposal includes provision for companies to work together to exercise leverage over those with whom it has indirect established business relationships, it does not explicitly deal with the complexity of resolving many of the issues it is designed to tackle. Issues such as child labour often need to be tackled on a community level, with inputs from civil society organisations, communities, states and other suppliers.

Although said to be based on the framework put in place by the UN Guiding Principles on Business and Human Rights, the proposal wholly ignores the first pillar of those principles (the state’s responsibility to protect human rights) which is to be balanced against the second pillar (businesses’ responsibility to respect human rights). Some critics will argue that the Proposal puts companies caught by the directive ahead of states in taking responsibility for sometimes endemic issues in their supply chains, particularly in scenarios where there is weak governance and enforcement provision at state level.

This issue is made more pertinent by the mandatory provisions (in Articles 7 and 8) which require companies to end their contractual obligations where it has not been possible to effectively mitigate or remedy issues. The heavy burden on those companies in seeking mitigation and remedy (for example, including provision for direct investment, without specifying whether or not this is at arm’s length or commercial terms), may simply lead companies to determine that they are better off not engaging at all, leaving less scrupulous companies to take over business relationships.

If your company is likely to fall within the employee and/or turnover requirements for CSDDD, get in touch with the authors or your usual WFW contact, to discuss how you can start planning and preparing for the implementation of CSDDD, in alignment with your overall ESG strategy.