BARECON 2017: The timely revision of an industry standard21 December 2017

BIMCO has recently published its new BARECON 2017 following a review of its predecessor, BARECON 2001. This revision represents a significant update to the standard form of contract used by practitioners in the shipping and offshore sectors for the bareboat or demise charter of ships and offshore units – and is viewed as being a timely intervention by BIMCO, required to bring the 2001 version into line with recent legal and commercial developments.

Whilst this latest edition follows a similar format to the previous version, BIMCO comments that the new edition is “slightly leaner than its predecessor”, having removed provisions “that were no longer relevant”, whilst consolidating wordings to remove unnecessary duplication. However, other than these aesthetic enhancements, there are a number of commercial changes to this 2017 version, the most significant of which we highlight in the commentary below.

A key feature of any operating lease or bareboat arrangement relates to the condition of the vessel on its delivery because the charterer is generally prevented from bringing any claim against the owner in respect of the vessel’s condition following the charterer’s acceptance. The charterer’s position was not assisted in the previous version in which the owner was only obliged to “exercise due diligence” to make the vessel seaworthy at the time of delivery.

The provisions as to owners retaining liability for the rectification costs but not the time cost of latent defects discovered within a negotiable period of months following delivery remain unchanged from BARECON 2001.

The new form now imposes an absolute obligation on the owner to deliver the vessel in a seaworthy condition which gives the charterer some additional protection in the event that the vessel fails to meet this particular requirement. This brings BARECON 2017 into alignment with the owner’s standard obligations upon delivery under most time charter contracts.

Furthermore, if the charterer has inspected the vessel prior to delivery, the vessel now has to be delivered by the owner in the same condition, fair wear and tear excepted.

Although often negotiated as a separate rider clause to a charter, the 2017 form now expressly includes an option for the charterer to extend the charter period at a pre-agreed charter rate.

A new provision has been included that gives the charterer and owner the right to place representatives on board the vessel prior to delivery and redelivery. In addition, the charterer and owner now have the option to arrange for an underwater inspection of the hull, rudder and propeller as part of the overall survey of the vessel’s condition at delivery and redelivery respectively.

The charterer’s obligations relating to the maintenance and operation of the vessel during the charter term are of course an essential feature of any bareboat charter. However, given the increasingly stringent regulatory environment that operators within the maritime and offshore sectors are obliged to comply with, the relevant provisions of BARECON 2017 have been amended to provide greater clarity as regards each parties’ responsibility for the cost of compliance with new regulations.

Whilst the charterer remains responsible for undertaking any structural changes required by compulsory legislation, the parties are now provided with the choice of options for allocating the costs of such changes. The first option (and default position) is that all costs are to be for the charterer’s account and is the most likely option in the event that the vessel is chartered for the whole or majority of its intended trading lifespan. The second option, which removes the inherent ambiguity within the 2001 version of allocating costs on the basis of a “reasonable distribution”, provides the parties with a pre-determined formula for the apportionment of the modification costs – provided of course the parties agree that such costs should be shared between them in the first place. If the required modification is expected to last for the life of the vessel, the charterer’s portion of the cost is calculated by dividing the modification costs by the vessel’s expected remaining life, multiplied by the remaining period of the charter. On the other hand, if the required modification is not expected to last for the vessel’s remaining life, then the charterer’s portion is based on dividing the costs by the expected life of the relevant modifications, multiplied by the remaining period of the charter.

The relevant provision relating to the payment of hire in BARECON 2017 (clause 15) now reads that “the Charterer shall pay hire due to the Owners punctually in accordance with the terms of this Charter Party”. The phrase “in respect of which time shall be of the essence” which had followed the above wording in the 2001 version has now been deleted, and the new version now contains a simplified and clearer anti-technicality provision providing for a prescribed grace period of three banking days, within which the charterer is required to rectify any failure to pay hire.

As bareboat charters are generally for long periods of time, it is the charterer that usually arranges the vessel’s insurance (both hull and machinery and P&I). However, for shorter term charters the owner may prefer to place the insurance, and the revised provisions within the 2017 version now clearly set out these two alternatives.

Both the owner and charterer are co-assured parties under the hull and machinery policy. This is not only to address a possible “mis-directed arrow” claim (i.e. where a claim is made against the owner but where the charterer is in fact at fault), but also provides the charterer with a direct claim against the insurers in order to effect repairs to the vessel to the extent it is obliged to do so under the terms of the charter.

Furthermore, the insurance provisions within BARECON 2017 have been specifically amended to address the recent “Ocean Victory” case (1) by clarifying that whilst the proceeds of loss insurance are to cover the owner’s loss, such payment does not prevent the owner (or its insurers) from making a claim against the charterer, nor the owner or the charterer (or their insurers) from pursuing claims against third parties.

As has previously often been included in separate rider clauses, the 2017 version now includes an anti-corruption clause based on BIMCO’s “Anti-Corruption Clause for Charter Parties” and a sanctions provision based on BIMCO’s “Designated Entities Clause for Charter Parties” – both of which have been amended to fit a bareboat charter context. A breach of either of these provisions may entitle the non- defaulting party to terminate the charter.

The owner’s right to “withdraw” the vessel following the charterer’s default has been revised to a more appropriate entitlement to “terminate” the charter, given that the owner does not provide a service as such under a bareboat charter from which the ship can be withdrawn, but otherwise the provisions relating to termination largely follow the 2001 version. However, it should be noted that the war risk clause has been deleted from the latest version meaning that neither party now has the right to terminate the charter in the event of an outbreak of war between any two of the countries listed within the charter.

The optional provisions of Part III that may be applied in relation to newbuilding vessels have been amended to reflect BIMCO’s perception of current industry practice. This includes the insertion of a new right on the part of the charterer to request a change order to the vessel’s specifications in accordance with the terms of the building contract.

A liquidated damages provision has also been included, providing the parties with various options as to how any liquidated damages payable by the builder under the building contract for physical deficiencies in the vessel or delay in delivery are to be apportioned between the owner and charterer.

The previous hire/purchase arrangement contained within the optional Part IV has been replaced with a purchase option on behalf of the charterer. In the 2001 version, title in the vessel is transferred to the charterer upon the final payment of charter hire under the charter – provided of course that the parties have elected such provision to apply. The 2017 arrangement now provides the charterer with several options to purchase the vessel during the charter term at a pre-agreed purchase price.

It is felt that BIMCO have largely been successful in their stated aim of ensuring that the BARECON “keeps pace with modern developments”, and although the latest edition has kept the same general lay-out as its predecessor, the amendments have undoubtedly made the provisions clearer and easier to read. As a result, practitioners should find the enhancements made in BARECON 2017 relatively straightforward and self-explanatory, and we have no doubt that the market will readily accept BARECON 2017, which largely maintains the same balance between the owner’s and the charterer’s interests, as the standard form of choice for bareboat charter contracts going forward. In many transactions, the terms of BARECON 2017 will, in any event, be modified by bespoke additional clauses, as was frequently the case with its predecessor. 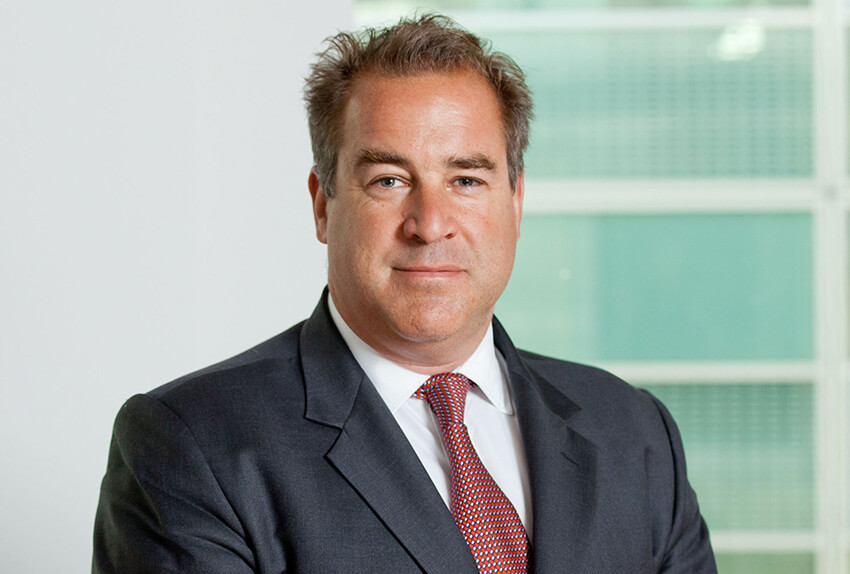 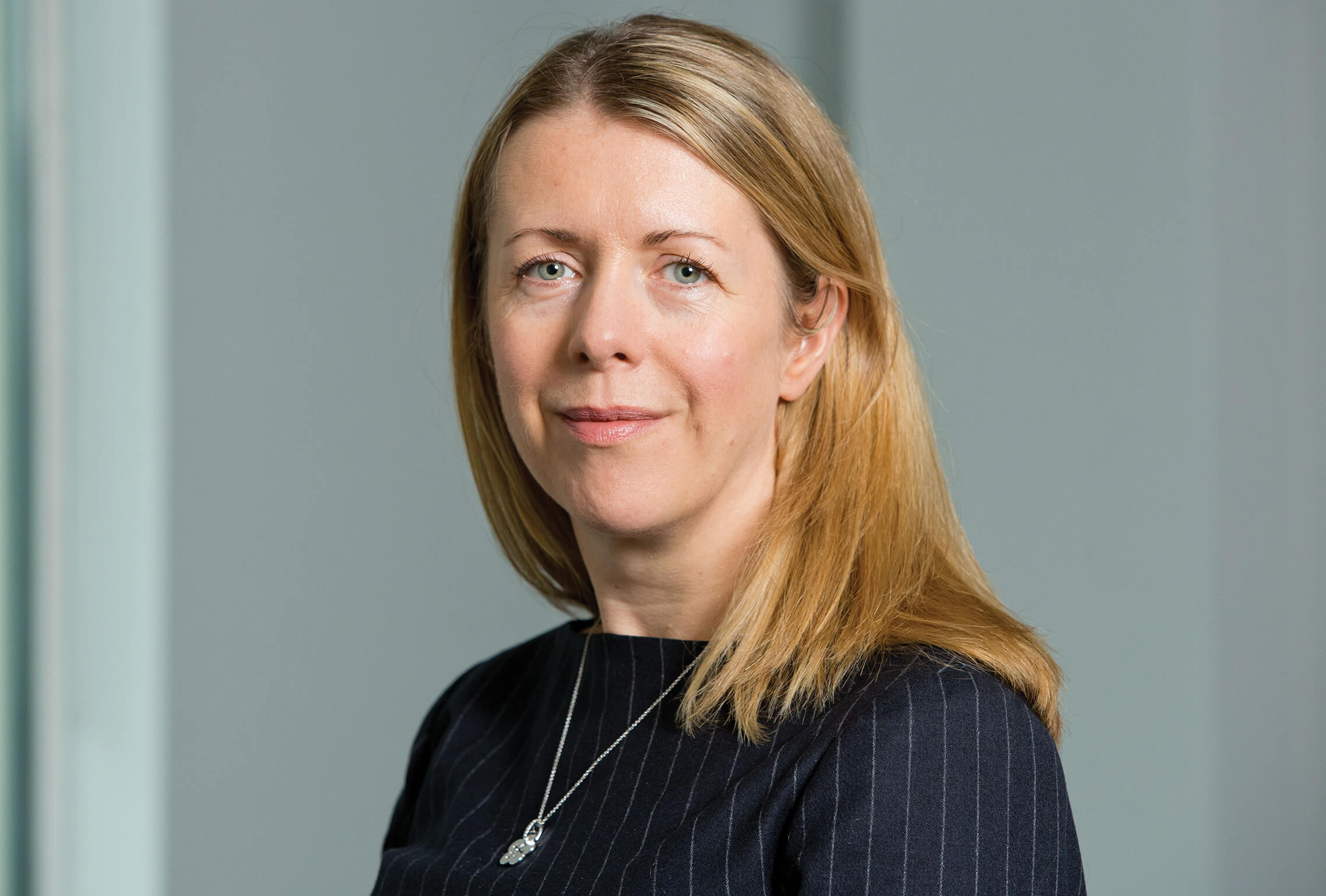