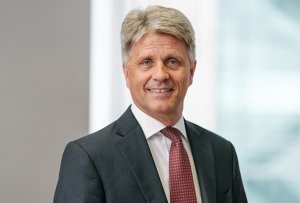 WELCOME from our Chairman

It has been a busy six months. We have welcomed six new partners to the firm, with a seventh to join in January 2020, bolstering our strength in real estate, aviation, energy, infrastructure, corporate and capital markets and employment.

Last month we launched a global report on the opportunities and risks in renewables against the background of a huge shift in energy project funding. The report is based on interviews with 150 senior-level investors, financiers, developers and utilities based across Europe, South East Asia and the Middle East. We also hosted panel events for clients and contacts in London, Singapore and Paris to discuss the findings. You can download the full report ​and view our video here.

At the end of May we were delighted to announce that our associated law firm LVN & Associates (“LVN”) in Vietnam joined the firm’s international network and is now known as Watson Farley & Williams LVN. Vietnam is our twelfth jurisdiction and the fifth in Asia, alongside China, Singapore, Thailand and the United Arab Emirates. The Hanoi office is led by Linh Doan, winner of ALB South Asia’s Project Finance Deal of the Year 2019, who is also one of our interviewees in this issue.

In our last issue, we featured our new D&I report. Read on to find out how we continue Putting Words into Practice. 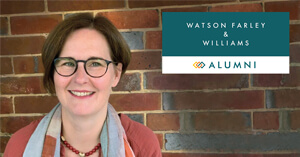 SPEAKING UP – AN INTERVIEW
WITH NINA VON GROOTE

Nina von Groote was a lawyer in our London Finance team from 2000 to 2012. She is now Company Secretary at Future Biogas, a leading developer and operator of anaerobic digestion plants across the UK… 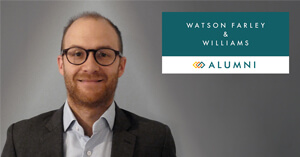 TRUSTING YOUR INSTINCTs –
AN INTERVIEW WITH THOMAS LUGEZ

Thomas Lugez was a lawyer in the banking team of our Paris office from 2011 to 2013. He is now Legal Counsel at the European Investment Bank (EIB) in Luxembourg… 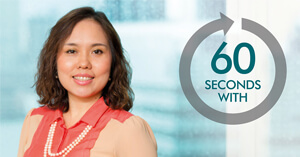 Linh Doan is head of our Hanoi office. Widely recognised as a leading adviser to the Asian power markets, Linh has an impressive track record of advising on “first-of-their-kind” cross-border power projects… 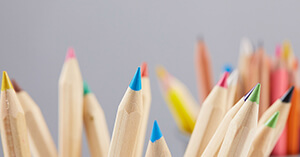 We were proud to mark the first anniversary of both our LGBT Affinity Group and our mental health allies in October. Both demonstrate the commitment from our firm and our people to creating a more inclusive working environment… 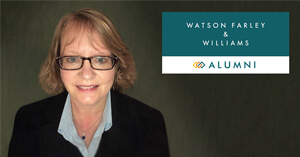 Louine McKisack was a trainee and then an associate in the London corporate team from 1991 to 1995. She is now Senior Legal Counsel, HR – Europe, Eurasia and Africa at Chubb, the world’s largest publicly traded property and casualty insurance company…