This is the fourth of our five-part series covering the issues facing the construction industry in five different jurisdictions across the world in the face of the COVID-19 pandemic.

"Unlike common law jurisdictions, Thai law does not recognise the concept of binding precedent."

Thai law relies upon the Thai Civil and Commercial Code (“CCC”) as the foundation of its legal system. Unlike common law jurisdictions, Thai law does not recognise the concept of binding precedent.

Supreme Court judgments are treated as a source of guidance only and Thai courts will consider the merits of each individual case – focusing on the specific contractual provisions, facts and circumstances surrounding the dispute to reach a judgment. Accordingly, the CCC may not always be applied consistently.

Thai law recognises freedom of contract and parties are at liberty to agree specific provisions dealing with the impact of external events which may interfere with, or prevent performance, and such express terms will always be enforced.

However, where the parties have failed to include contractual provisions dealing with the impact of such external events, the CCC sets out very broad guidance for commercial dealings which includes provisions to protect a contractual party from non-performance where such non-performance is prevented by external factors which are beyond that parties’ responsibility and control. None of the broad guidelines set out in the CCC are specific to construction contracts.

Accordingly, this briefing is for broad guidance only and set out below are the provisions under the CCC which may be relied upon where parties have not included specific provisions within their contract that deal with non-performance caused by external (unforeseeable) factors.

Non-Performance due to Impossibility

(Similar to the English law concept of Frustration)

Under Section 219¹ of the CCC, if, after a contract is executed, there is any event that renders performance of contractual obligations impossible, and such an event is not due to the fault of the party who cannot perform, that party will be relieved from its contractual obligations. The other party will also be relieved from its counter-performance obligations (e.g. to make payment) in accordance with section 372, paragraph 1² of the CCC.

Section 372, paragraph 1 should also operate to compel restitution where counter-performance has already been provided (e.g. any advance payment should be refunded).

The Supreme Court has identified a limited number of events that may render contractual obligations impossible under Section 219 which includes Acts of God and changes of law. However, it is clear that the intervening event must render performance of the contractual obligations impossible (as opposed to merely delaying performance until a future time).

It is difficult to see how COVID-19 related events might render performance under a construction contract impossible (as opposed to making it more difficult/costly or delaying performance).

"Where Section 205 applies to a construction contract, the contractor will not be in default for non-performance until the circumstance which is preventing performance passes or ceases to prevent performance."

Performance prevented by circumstances for which the debtor is not responsible

(Similar to the concept of force majeure)

Section 205 of the CCC may apply where performance of a contractual obligation is temporarily prevented following an occurrence outside the contractor’s control.

Where Section 205 applies to a construction contract, the contractor will not be in default for non-performance until the circumstance which is preventing performance passes or ceases to prevent performance. During such time, the employer will not be entitled to seek compensation, levy liquidated damages and/or take steps to terminate the contract.

The CCC does not set a time limit for the protection provided by Section 205 for non-performance. The Supreme Court considered a case where a circumstance preventing performance was still continuing five years after the time when performance was originally required and decided that Section 205 continued to operate to protect the non-performing party.

Neither the application of Section 219 nor Section 205 automatically leads to termination of the contract.

The CCC provides protection for non-performance of a contractual obligation where the non-performance is due to impossibility (Section 219) or an external circumstance beyond the responsibility of the non-performing party (Section 205). The latter will be particularly relevant where lockdowns and/or other restrictions impact the supply/movement of goods, materials and manpower needed for construction projects.

However, these protections are very broad, are not specific to construction contracts, and do not specifically address issues such as termination, payment for partially completed work or refunds in respect of advance payment for work not yet completed.

Thai law recognises and will enforce contractually agreed force majeure provisions and parties should look to such provisions for protection/relief where COVID-19 impacts upon performance under their construction contract.

“The debtor is relieved from his obligation to perform if the performance becomes impossible in consequence of a circumstance, for which he is not responsible, occurring after the creation of the obligation.

If the debtor, after the creation of the obligation, becomes unable to perform, it is equivalent to a circumstance rendering the performance impossible.”

“Except in the cases mentioned in the two foregoing sections, if an obligation becomes impossible of performance by a cause not attributable to either party, the debtor has no right to receive the counter-performance.” 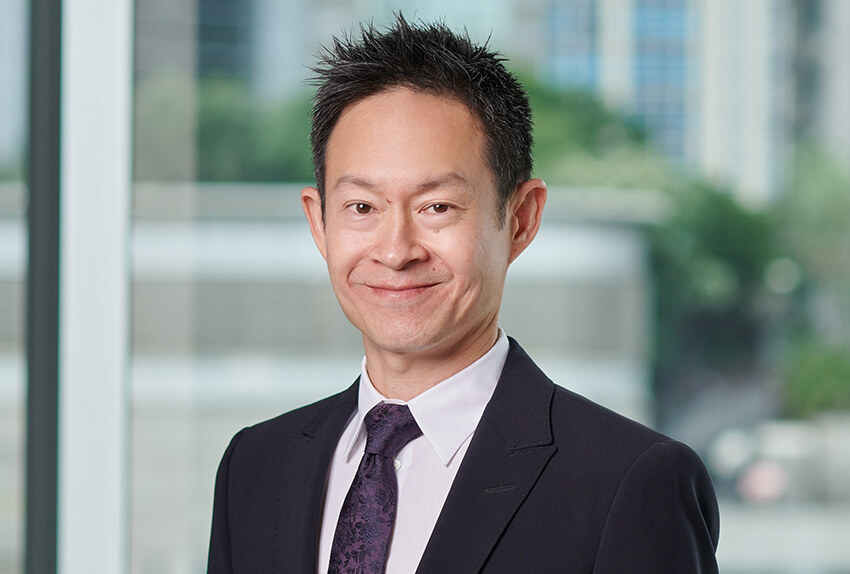