Watson Farley & Williams (“WFW”) is delighted to announce that Hong Kong Office Head and Partner Madeline Leong has been named among the Top 10 leading lawyers in the maritime sector for 2020 by prestigious sector publication Lloyd’s List.

Lloyd’s List is one of the world’s oldest continuously-running journals, having provided weekly shipping news in London as early as 1734. To this day, it has an online audience of over 250,000 readers. Its annual Top 10 Maritime Lawyers ranking spans private practice solicitors, in-house counsel and barristers worldwide, making it is one of the greatest accolades a maritime-focussed lawyer can achieve in their career.

Madeline is described as “one of Asia’s premier ship finance specialists” and noted for her expertise in asset finance, project finance and structured finance as well as leasing structures, ECA financings and debt restructuring. She has been head of the Hong Kong office since its opening in 2012 and has been essential to the firm’s rapid expansion in the Asia-Pacific region. In this time, the office has won numerous awards, including most recently winning three of the firm’s six Marine Money Deal of the Year 2020 Awards as well as being named ‘Shipping Firm of the Year’ at Asia Legal Awards 2020 along with our other Asia offices in the region.

Madeline commented: “I am honoured and humbled to be recognised by Lloyd’s List as one of the world’s leading maritime lawyers in their highly regarded annual review of the industry. This recognition would not have been made possible without the dedication and hard w​ork of the highly talented team of lawyers in WFW’s global maritime group and our clients’ continued support and trust. I am grateful for their invaluable help in making this happen.”

This is the third time in four years in which one of our leading female partners has been recognised by Lloyd’s List, following Maritime Global Sector Co-Head Lindsey Keeble’s nomination last year and Singapore Office Head Mei Lin Goh’s back in 2017. 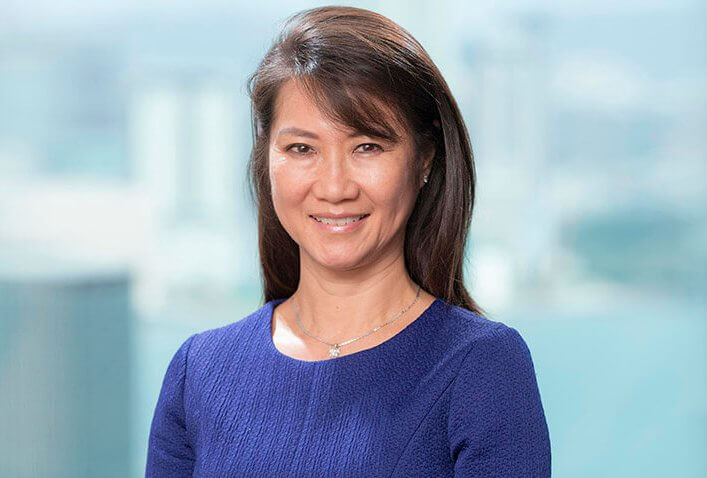