The UK Supreme Court has today handed down a significant and highly anticipated decision on the interpretation of liquidated damages clauses.

The decision in Triple Point Technology, Inc v PTT Public Company Ltd¹ brings welcome clarity to the applicability of the “orthodox approach” to the interpretation of a liquidated damages provision where, following delays by the contractor, a contract is terminated by an employer prior to completion. It also reinforces well-recognised principles relating to the interpretation of limitation of liability provisions.

"The decision in Triple Point Technology, Inc v PTT Public Company Ltd brings welcome clarity to the applicability of the “orthodox approach” to the interpretation of a liquidated damages provision where, following delays by the contractor, a contract is terminated by an employer prior to completion."

PTT, the Thai state-owned oil and gas company, had entered into a contract with Triple Point Technology, Inc (“Triple Point”), under which Triple Point agreed to design, implement and provide ongoing support and maintenance of a software system for PTT’s commodity trading and risk management.

The project was split into various phases, and included the following key terms:

Completion of Phase 1 was significantly delayed and ultimately work did not commence in respect of Phase 2 at all. Whilst PTT paid Triple Point an initial US$1,038,000 invoice relating to Phase 1 work, the parties disagreed over whether subsequent invoices from Triple Point were also payable. Following Triple Point’s subsequent refusal to continue work, PTT gave notice that it was terminating the contract.

Triple Point brought proceedings against PTT in the Technology and Construction Court for the alleged failure to pay software license fees. PTT counterclaimed for damages in respect of wasted costs prior to termination, liquidated damages up to the date of termination, and termination loss for the costs of procuring a replacement system from a new contractor.

At first instance, Jefford J dismissed Triple Point’s claim, finding that the delay in performance of the contract was caused by Triple Point’s breach of contract to exercise reasonable skill, care and diligence in the performance of its services. While the judge found that PTT’s entitlement to liquidated damages was not capped by article 12.3 and awarded nearly US$3.5m by reference to the total period of delay up to the date of termination, she found that Triple Point’s liability for wasted costs and termination loss was capped by the article 12.3 provisions.

The Court of Appeal (in a judgment given by Sir Rupert Jackson that was widely commented on at the time) partly overturned that decision, holding that:

This meant that PTT was entitled to recover liquidated damages of US$154,662 in respect of Triple Point’s 149-day delay in the completion of works that were accepted by PTT under Phase I but, contrary to the decision at first instance and to the generally accepted orthodox approach to liquidated damages provisions under English law, PTT was not entitled to recover in respect of any further delay up to termination as such work had not been accepted by it. PTT appealed to the Supreme Court.

Were liquidated damages payable where work was never completed or accepted?

The primary question facing the Supreme Court was whether liquidated damages in this case should be payable in circumstances where much of the work was not completed or accepted before termination. In the Court of Appeal, Sir Rupert Jackson identified three different approaches to this question:

Sir Rupert Jackson noted that category (ii) is treated as the “orthodox approach” to liquidated damages, but that this interpretation was not “free from difficulty,” and that whether the relevant provision ceases to apply or continues to apply up to termination must depend on the wording of the clause itself. Drawing heavily upon the House of Lords’ decision in British Glanzstoff Manufacturing Co Ltd v General Accident, Fire and Life Assurance Co. Ltd², he concluded that the words “up to the date PTT accepts such work” in article 5.3 were to be interpreted as meaning up to the date when PTT accepted completed work from Triple Point. This meant that article 5.3 would not apply where a contractor never completed the works, and therefore the employer never accepted them. 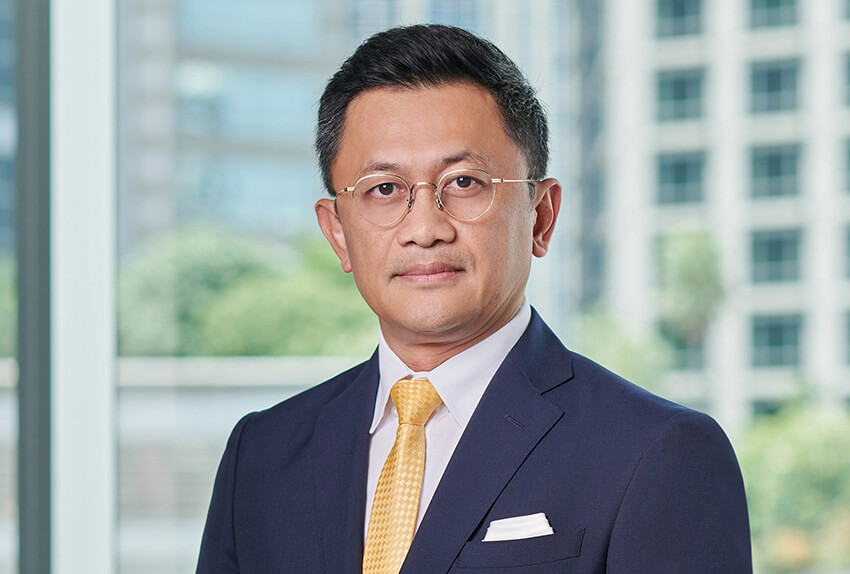 "Lord Leggatt concluded that, save where a clause clearly states otherwise, it should normally be expected that a liquidated damages clause will apply for any period of delay in completion up to the date of termination, but not beyond."

Lord Leggatt similarly recognised that at the time of termination, where liquidated damages for delay have already accrued, there is no reason in law or justice why termination should deny the employer its right to recover liquidated damages, unless the contract clearly provides otherwise. He pointed out that if a liquidated damages provision had the effect suggested by the Court of Appeal’s findings, it may incentivise a contractor not to complete the work, in order to avoid paying liquidated damages for delay already caused in breach of contract. No standard clause had been found which fell into Sir Rupert Jackson’s category (i), reinforcing Lord Leggatt’s view that such a clause was not one which parties to a commercial contract would think it sensible to choose. Lord Leggatt concluded that, save where a clause clearly states otherwise, it should normally be expected that a liquidated damages clause will apply for any period of delay in completion up to the date of termination, but not beyond.

The correct interpretation of article 5.3 was therefore that the clause provided for liquidated damages where the contractual completion date had overrun, whether or not PTT accepted any such work.

Did damages for negligent breach of contract fall within the exception to the limitation of liability?

The second issue before the Supreme Court was whether damages for Triple Point’s negligent breach of contract fell within the exception to the limitation of liability for negligence in article 12.3.

The Court of Appeal, in keeping with the decision at first instance on this point, had found that the word “negligence” in article 12.3 did not include breach of Triple Point’s contractual duty of care in article 12.1, and instead only covered separate independent or “freestanding” torts. These conclusions were reached on the basis that, since the centrepiece of the contract was the provision of services, there was little point in then introducing a “cap carve-out” to exclude the bulk, if not the entirety, of claims for breaches of the contractual duty of care from the limitation.

However, the Supreme Court recognised that the lower courts had given a “strained meaning” to the word negligence in article 12.3 to reach such a conclusion. That went against the accepted meaning of “negligence” in English law (ie, the tort of failing to use due care and also breach of a contractual provision to exercise skill and care) and failed to take into account that the contract was not solely about the provision of services. Significance was also given to the fact that the word “negligence” had clearly been inserted by the parties into clause 12.3 (where elsewhere in the contractual framework it had not been used), suggesting that it had been introduced deliberately to enhance PTT’s position as regards its damages remedy. Lady Arden concluded that the Court of Appeal had erred in deciding that “negligence” in article 12.3 referred to an independent tort, noting that that it would be “incoherent and inappropriate to interpret the carve-out by reference to unrealistic examples of independent torts”.

Lord Leggatt agreed, noting that while the approach of the courts to the interpretation of exclusions and limitation clauses may have changed markedly in the last 50 years, the courts will still start from the assumption that in the absence of clear words the parties did not intend their contract to derogate from the normal framework of rights and obligations established by the common law. This was a further reason for giving the word “negligence” its straightforward and ordinary legal meaning and to reinforce the general principle that clear words are needed to restrict valuable rights. It was therefore held by majority that the Court of Appeal (and the TCC) had been wrong to treat damages for breach of the contractual duty of skill and care as subject to the cap in article 12.3.

Nevertheless, this issue remained divisive, with Lord Sales and Lord Hodge dissenting. In their reasoning, Lord Sales noted that whilst Triple Point’s core obligation under article 12.1 was to exercise reasonable skill and care, a fair and straightforward reading of article 12.3 was that the clause created a limitation of liability where Triple Point was in breach of that core obligation, including where this may be reflected in a co-extensive duty of care in tort, albeit he took care to note that “this is a one-off provision and the question of law to which it gives rise has no wider significance than this case”.

Were liquidated damages subject to a cap?

In the Court of Appeal, Sir Rupert Jackson found that the words “Except for the specific remedies expressly identified as such in this contract” in article 12.3 included reference to any liquidated damages under article 5.3, and so the contract imposed an overall cap on Triple Point’s liability, encompassing damages for defects, delay and any other breaches. On this issue, the Supreme Court unanimously agreed with the Court of Appeal, confirming that the cap in article 12.3 embraced liquidated damages (save for those related to Triple Point’s negligent breach of contract), so that they counted towards the maximum damages recoverable under the cap.

"By majority, the appeal was allowed in part, and PTT was found to be entitled to recover damages assessed by the judge at first instance at just over US$14.5m, without limitation of liability."

By majority, the appeal was allowed in part, and PTT was found to be entitled to recover damages assessed by the judge at first instance at just over US$14.5m, without limitation of liability.

In reaching its conclusions, the Supreme Court observed that liquidated damages are a normal feature of major standard-form construction contracts, providing certainty to parties by way of damages payable at a specified rate for each period of delay in completion of work by the contractor.

The Court of Appeal’s “radical re-interpretation of the case law on liquidated damages clauses”, particularly via its re-casting of the hitherto little-known case of Glanzstoff, had caused significant uncertainty and concern in the market. Today’s Supreme Court’s decision brings back welcome certainty to the application of liquidated damages clauses and to the approach the English courts should take to their interpretation. It is to be welcomed in particular by employers wishing to rely on liquidated damages provisions in circumstances where contractors are significantly behind schedule. In those circumstances – and unless the contract clearly provides otherwise – today’s decision confirms that there is no prerequisite for a contractor’s work to have been completed and accepted in order for liquidated damages to apply to the period of delay up to termination of the contract.

Further, the Supreme Court’s decision on limitation of liability provides welcome confirmation of the English courts’ recognition “that commercial parties are free to make their own bargains and allocate risks as they see fit, and that the task of the court is to interpret the words used fairly applying the ordinary methods of contractual interpretation”.