Cancellation, notices and the prevention principle in shipbuilding contracts30 April 2020

In a judgment handed down today, Watson Farley & Williams acted for the successful party on an appeal to the English Commercial Court on key questions concerning SAJ Form shipbuilding contracts (SBCs). The seller appealed LMAA awards on two SBCs on points covering the prevention principle, notices, modifications and non-payment of instalments. Watson Farley & Williams acted for the buyer in the arbitrations and the appeal, and was successful at both stages.

There are 11 arbitrations between the parties concerning amended SAJ form SBCs for a series of 14 bulk carriers.  Four vessels were rejected by the buyer on the basis of design defects. The seller contended that this rejection was unlawful and resulted in the vessels being left at its yard in China, wrongfully occupying berths there and delaying the launch and construction of two further vessels (Hulls 21B and 22B).  These two vessels were due to be delivered on 31 August 2015 but no delivery was made. 151 days later the buyer stated it was terminating the relevant SBCs for delay.  The seller treated that notification as a repudiatory breach and the resulting disputes concerning Hulls 21B and 22B were referred to LMAA arbitration.

"This judgment provides welcome clarity on a number of issues which often arise under shipbuilding contracts."

The tribunal issued partial final awards on preliminary issues concerning the seller’s position that it was entitled to extensions of time to the delivery dates under the SBCs and that the prevention principle applied such that the buyer was not entitled to terminate the SBCs at the time it had done so. The buyer was successful in those awards. The seller appealed under section 69 of the Arbitration Act 1996.

The appeal was heard by Butcher J. The hearing was conducted remotely due to the Covid-19 pandemic in a manner found by the judge to have been “highly effective”. The judge approached the dispute in four sections: (a) did the prevention principle apply; (b) what notices were required for extensions of time to the contractual delivery dates; (c) what was the effect of modifications to the vessels’ design; and (d) what was required for extensions of time due to non-payment of instalments by the buyer.

The starting point was that there was an implied term in the SBCs that “neither party should actively and wrongfully (in the sense of being a breach of contract or independently wrongful) prevent the other from performing its obligations under the contract”. However, Butcher J confirmed that the prevention principle can be of wider application than breach of such implied term.

The judgment gives a whistle stop tour of currently relevant jurisprudence on the prevention principle (North Midland Building Ltd v Cyden Homes Ltd², Multiplex Constructions (UK) v Honeywell Control Systems³ and Adyard Abu Dhabi v SD Marine Services⁴). The conclusion is clear. If a buyer wrongfully prevents the seller from delivering on time, the seller is unlikely to be bound by the strict requirements of the contract as to time. However, the parties can contract out of the effect of the prevention principle, for example by providing for agreed extensions of time on the happening of certain events.

It must be borne in mind that this case was a section 69 appeal on arbitration awards on preliminary issues. The judgment is therefore somewhat abstract in that there were no findings of fact that the buyer had caused delay, but rather mere allegations by the seller that the buyer had caused certain types of delay. The judgment therefore concentrates on the meaning and effect of the contracts. 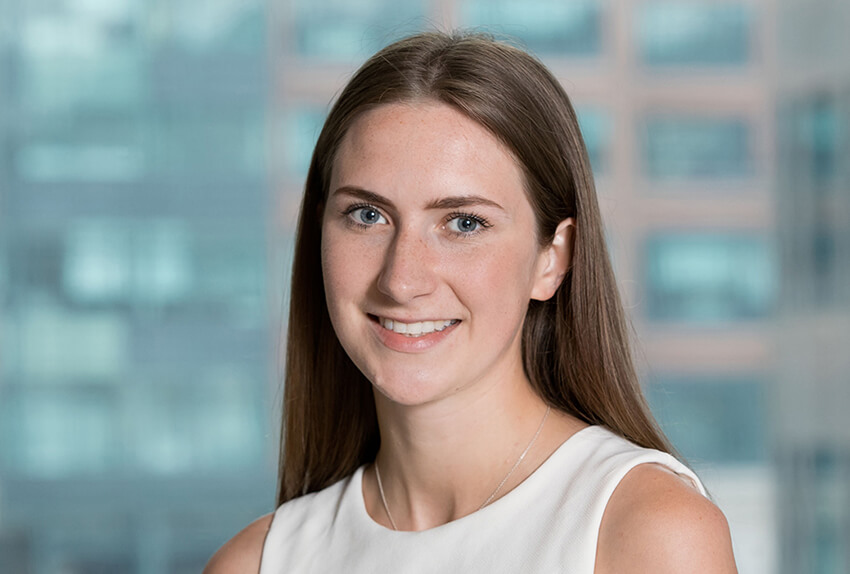 "The parties can contract out of the effect of the prevention principle, for example by providing for agreed extensions of time on the happening of certain events."

As the judge noted, this was a case in which the seller was arguing that certain types of alleged delay by the buyer did not fall within the definition of permissible delay and that, since the contract did not therefore provide for an extension of time in respect of the alleged delay, the prevention principle should apply. The judge considered that the court should not favour an interpretation which concluded that the SBCs did not provide for an extension. Instead “the construction to which the court should lean is that which tends to give the Seller the benefit of the extension of time”. Accordingly, the natural and wide meaning of delays “beyond the control of the Seller or of its sub-contractors” covers matters caused by the buyer (provided they are outside the control of the seller or its sub-contractors).

The seller relied on the judgment by Leggat J in Zhoushan Jinhaiwan Shipyard Co Ltd v Golden Exquisite Inc⁵ which considered similarly (but not identically) worded provisions. One argument was that if the contract were interpreted to allow buyer’s default to constitute permissible delay, then such buyer’s default permissible delays would go towards the 180 days delay after which the Buyer had the right to cancel and demand refund of instalments paid. That, the seller argued, cannot be right. The express exclusion in Article VIII.3 of delays due to buyer’s default from the 180 days was only a reference, the argument went, to defaults set out in Article XI.1 (concerning failures to make payment or take delivery without justifiable reason, or buyers’ bankruptcy). Further, the Article III.1 cancellation right makes no reference to any exclusion from the 180 days of delay caused by buyer’s default.

Butcher J agreed with the buyer. He found that Article VIII.3 expressly excluded buyer’s default permissible delay from the calculation of the 180 days and that there was no reason to limit such exclusion to only those buyer’s defaults set out in Article XI. “Any delays caused by a default in performance by the Buyer” would not, therefore, count towards the 180 days. As regards the Article III.1 cancellation right, the judge found that it “is intended to be the equivalent of that in Article VIII.3” and that the Article VIII.3 right “should be regarded as the primary provision relating to the right to cancel for excessive delay”. The right to cancel under Article III.1 should therefore be read “as implicitly excluding delays caused by the Buyer’s default from the period of 180 days” so that buyer’s default delays “cannot be relied upon by the Buyer for the purposes of cancelling the contract under Article III.1(d) or Article VIII.3”.

"The contracts contained a complete code for extension of time and cancellation."

Given his finding that the delays in this case fell within Article VIII.1, the judge found that it was clear that the notice regime under Article VIII.2 was applicable. If the seller did not give the contractually specified notices, it could not claim an extension of the Delivery Date (except in certain circumstances inapplicable here).

If he was wrong as to the construction of Article VIII.1, Butcher J considered that Article VIII.2 notice regime would apply to cases of buyer-induced delay falling outside the definition of permissible delay set out in Article VIII.1.  The parties had clearly attempted to provide for notification of the matters relevant to a claim for an extension of time, and in Butcher J’s view, the court should lean in favour of a construction under which extensions of time require notices in relation to any, or at least any reasonably foreseeable, causes of delay. This practical clarification can only be of assistance to commercial parties, and their advisors, in attempting to discern sellers’ and buyers’ rights and obligations during the course of – or at the end of – SBCs.

The seller had also contended that the parties had agreed to modify the construction and design of the vessels under Article V, and so it was entitled to an extension and was not obliged to serve any notification as to delay.  However, Butcher J rejected this argument on the basis that the SBCs contained contractual regimes for dealing with modifications. Either the parties agreed a modification and connected adjustments to the price, delivery date or other terms or the buyer requested a modification but the parties failed to agree on the amendments necessitated by that proposal, in which case the seller was under no obligation to comply with the requested modification. The SBCs did not contemplate an unagreed extension of time following a modification. As a result, the Article VIII.2 notice provisions could not and did not apply.

Butcher J dismissed any apparent hardship on a seller in these circumstances by suggesting that an appropriate way to proceed should the parties agree to a modification to design but not to an adjustment to price or delivery date or similar, would be for the parties to agree that the seller construct in accordance with the agreed modification and that the unagreed adjustment to price or delivery date be resolved subsequently or determined by arbitration.

"In Butcher J’s view, the court should lean in favour of a construction under which extensions of time require notices in relation to any, or at least any reasonably foreseeable, causes of delay."

The seller alleged that the buyer was in default in not paying the 3rd, 4th and 5th instalments (whether or not the buyer was obliged to pay those instalments was not the subject of this appeal).  The seller argued that in such circumstances the seller is entitled to a day-by-day extension of time under Article XI.4 without the need for the seller to do anything to postpone the Delivery Date.

This judgment provides welcome clarity on a number of issues which can arise under shipbuilding contracts and allows for sensible and practical guidance on the key areas of delay, notices and cancellation. Since such disputes are usually determined by arbitration out of the public gaze, this judgment should assist the industry as a whole to understand with greater certainty the pre-delivery / pre-cancellation position under an SBC based on the SAJ form. It will also doubtless play a role in future arbitrations on these points for any similarly worded SBCs. Finally, it is heartening (if unsurprising) that the English Commercial Court has agreed with the findings of three experienced and highly regarded commercial arbitrators in the underlying LMAA arbitrations, who were found to have properly interpreted the SBCs on the relevant points when they found that the contracts contained a complete code for calculating extensions. English law and London arbitration continues to lead the field.