The collision in July 2018 between the Panamax Alexander, Sakizaya Kalon and Osios David has spawned several judgments already, on both substantive and procedural issues. The recent decision of the UK Court of Appeal is the next chapter in a story which looks to have more chapters to go.

"The Court of Appeal was asked to consider the construction of ASG2."

The collision occurred on 15 July 2018. By 8 August 2018, the parties had agreed in principle to English court jurisdiction on the basis of an ASG2 and the agreement was signed shortly afterwards.

Clause C of the relevant ASG2 provided that:

“Each party will provide security in respect of the other’s claim in a form reasonably satisfactory to the other.”

The sanctions clause was perceived as necessary because, at the time of the collision, the vessel had been engaged in carrying grain into Iran. The clause provided for release of the Club LOU if sanctions applied or if:

“any bank in the payment chain is unable or unwilling to make, receive or process any payment for any reason whatsoever connected with the Sanctions (including but not limited to a bank’s internal policies).”

The respondents had arrested a sister vessel, the Panamax Christina, in South Africa using the well-known right of associated ship arrest. Security was provided by the UK P&I Club to prevent the trading of the vessel being disturbed although it appears the lawfulness of the arrest is still a live issue in the South African Courts. That LOU did not contain a sanctions clause.

"Mr Justice Teare held that the security had been reasonable."

The appellants challenged the conclusion that the respondents were free to reject the reasonable security and seek alternatives elsewhere. The Court of Appeal was not asked about the reasonableness of the sanctions clause, if it was reasonable to include such a clause in a Club LOU, nor the wider ASG1 (a draft LOU) in this appeal. This had been the subject of extensive argument at first instance including expert evidence on P&I Club practice. The judgment is, therefore, solely on the construction of ASG2 and its operation in the wider field of admiralty practice.

The Court of Appeal held that if reasonable security was provided, the receiving party was not entitled to seek alternative or better security by means of arrest. If a ship had been arrested, it must be released once reasonable security had been provided. In reaching that conclusion, Males LJ (who gave the lead judgment, with which the other judges agreed) considered the general scheme of which ASG2 was a part. 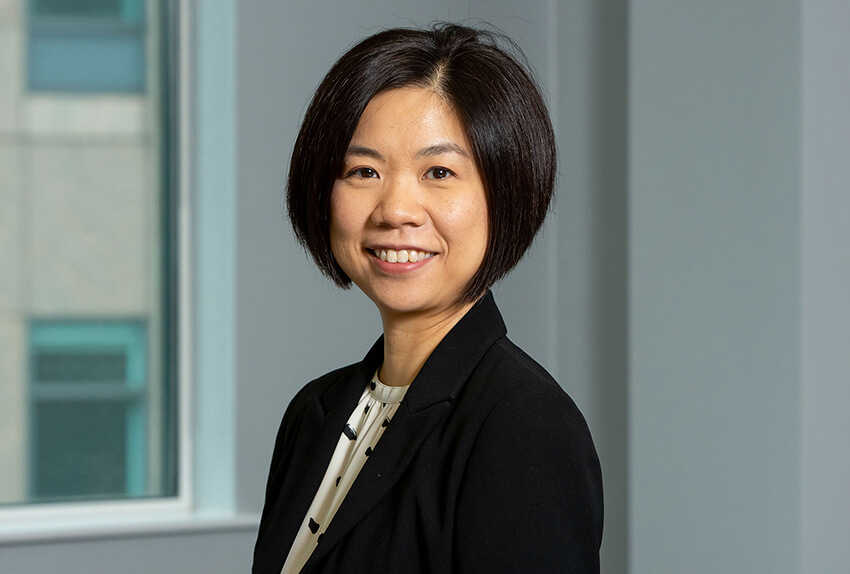 "ASG2, combined with ASG1, was meant to avoid the costs and uncertainty of arrest."

ASG2, combined with ASG1, was meant to avoid the costs and uncertainty of arrest. The purpose of ASG2 was to seize jurisdiction, make service of a claim more straightforward and allow security to be provided by the party promising to do so. In exchange for reasonable security being proffered, clause C prevented the recipient of the intended security from arresting the offending vessel or another vessel to better their position. If disagreements arose over the type or form of security, the correct avenue for the party challenging the security was through the courts of England and Wales, given that jurisdiction had been agreed.

If a party was free to seek alternative or better security in spite of their agreement under ASG2, there would be no need to require that the security to be provided under clause C be in a form that was reasonably satisfactory to the other party. In addition, the owners of the vessel offering security would have to place cautions or caveats against arrest in multiple popular arrest jurisdictions. This would be a perverse position given the underlying intention of the ASG2.

The court rejected suggestions that ASG2 contained no wording or insufficiently clear wording to indicate that the fundamental right to arrest had been abandoned. The true position was that the scheme operated instead of arrest and there was no right to arrest where security has been provided.

"the result would be the same even if reached by way of an implied term."

The court also decided that the result would be the same even if reached by way of an implied term that the offer of reasonable security should be accepted within a reasonable time. The court stated that such a term would be necessary as a matter of business efficacy and because such a term is so obvious it goes without saying. Without such a term, the parties’ desire to avoid the costs and inconvenience of arrest would not be met.

Mr Justice Teare rejected the implied term argument on the basis that there was an alternative contractual solution to implying the term and it could not be said that the parties would have chosen the implied term option (following comments by Sir Thomas Bingham MR and Lord Neuberger). The Court of Appeal found that the second solution (to rely on the commercial reality that a party will generally accept security that is reasonable) was not a contractual solution at all:

“It amounted to refusing to imply a term that was necessary to ensure that the purpose of the agreement was achieved and which left the party offered reasonable security free to act in an unreasonable and damaging way.”

The appeal was allowed and damages awarded to the appellant for wrongful arrest.

For most practitioners, ASG1 and ASG2 are inextricably linked and one will not be accepted without the other. The fear for most solicitors is of being left in a position where jurisdiction has been agreed and security cannot be obtained because either the vessel never calls at English or Welsh ports or only calls at ports in jurisdictions where the court must be seized of the substantive claim in order to arrest for security.

This judgment goes some way to alleviate those fears although some uncertainty remains. It is clear from Males LJ’s view that if security is not provided in a satisfactory form, it is for the courts of England and Wales to intervene to force the parties to make good on their promises in the LOU, namely to provide and accept security.

"it cannot be assumed that the only form of acceptable security in the circumstances is an unamended ASG1."

However, it seems that it cannot be assumed that the only form of acceptable security in the circumstances is an unamended ASG1. The LOU here was drafted in wide terms and it is fair to say that more than a few solicitors receiving that draft may have raised an eyebrow and looked to push back on the drafting. In the circumstances where it may be necessary to rely on this provision, other remedies at law might have been available, potentially making the inclusion of the sanctions clause unnecessary. Mr Justice Teare nonetheless held that it was reasonable; the wording was wide but the liability to pay was only suspended, not terminated by the clause. The challenge before the Court of Appeal related only to some of the wording and was rejected.

It will also be seen by many as a fair draft that reflects the Club’s concerns about the pervasiveness of sanctions in the international business of shipping. And there was certainly a recognition by Mr Justice Teare of this reality when reaching his conclusion that the LOU was reasonable. Whilst other remedies may have been available to the Club if the bank refused to pay, some might think that it would be cavalier to leave such an important issue of sanctions to the operation of common or statute law.

One solution is to agree in principle a draft LOU that is acceptable to both parties prior to the execution of the ASG2 if mutual exchange of security is not possible at the time the ASG2 needs to be signed. Alternatively, the ASG2 could be conditional on the provision of an unamended ASG1. Further, the Admiralty Solicitors Group may wish to consider an amendment to the standard ASG1 to include a sanctions clause that would be acceptable to the International Group of P&I Clubs.

The practical consequences of this judgment may extend beyond collisions to other LOU and security scenarios. There are several possible solutions to the issues raised, but shipowners will no doubt be relieved that when an ASG2 has been agreed, their opponents are bound by its terms and cannot elect to follow another and more disruptive path.