In this three-part series on the courts’ supportive powers in LMAA arbitrations, we will discuss the courts’ powers in respect of anti-suit injunctions, preserving evidence and enforcing Tribunals’ orders and awards.

Our first article considers the courts’ powers to grant anti-suit injunctions when proceedings have been commenced outside of England in breach of an arbitration agreement providing for arbitration in London.

Whilst a LMAA tribunal has the authority to decide all procedural matters under Rule 15 of the LMAA Rules and section 34 of the AA 1996, it will often be impracticable to apply to the tribunal for a direction requiring a dispute to be referred to arbitration, as a tribunal will first need to be constituted and the other party notified in advance of the application. Further, the tribunal has limited powers to enforce such a direction.

This is where the English courts can play a useful role in supporting arbitration proceedings. Where proceedings have been, or are likely to be, commenced outside of England in breach of an arbitration agreement providing for arbitration in London, the other party can make an urgent ex parte (‘without notice’) application to the court for an injunction preventing the commencement or continuation of the foreign proceedings. The court may grant an anti-suit injunction (“ASI”) prohibiting the ASI respondent from bringing proceedings in the foreign court or a mandatory injunction requiring the ASI respondent to discontinue foreign proceedings and the injunction may be granted on an interim or final basis. If the ASI respondent fails to comply with the order, they will be subject to sanctions. In the case of a corporate respondent, it may be fined, its assets seized, and its directors fined or imprisoned in the UK.

I. The source of the courts’ powers to grant an anti-suit injunction

This is significant because, under section 44 of the AA 1996, the courts “shall act only if or to the extent that the arbitral tribunal…has no power or is unable for the time being to act effectively”, whereas under section 37 of the SCA 1981 the courts may grant an injunction “in all cases in which it appears to the court to be just and convenient to do so” and “any such order may be made either unconditionally or on such terms and conditions as the court thinks just”.

II. Requirements for an application for an ASI where there is an arbitration agreement or exclusive jurisdiction clause

Although the granting of an injunction is discretionary, following the Court of Appeal decision in the Angelic Grace², the courts are likely to grant an ASI where:

i. There is “a high degree of probability that there is an arbitration agreement which governs the dispute in question”³;

ii. The application is made promptly and before the foreign proceedings are too far progressed; and

iii. The defendant to the ASI proceedings is unable to give strong reasons why an injunction should not be granted.

Where claims are brought under bills of lading, the first requirement will usually be satisfied if the bill of lading incorporates the law and jurisdiction of the charterparty (such as a Congenbill) and the charter party includes an arbitration agreement. 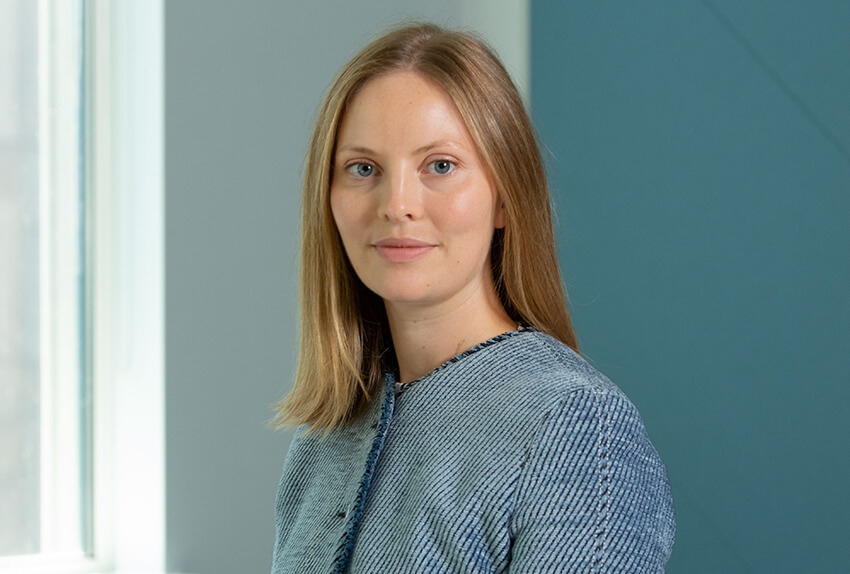 "Limited involvement in the foreign proceedings, such as appearing before the court to challenge jurisdiction or providing security answerable to a judgment of the court in order to lift an arrest of a vessel, will not usually be fatal for an ASI application, as long as the proceedings do not concern the substantive claim."

Provided that the second requirement is satisfied, it will be difficult for the respondent to show that there are strong reasons why an injunction should not be granted. The court will not usually consider the principle of comity where there is an arbitration agreement between the parties, although this may become relevant if the ASI applicant has allowed the proceedings to progress before the foreign court and there is a risk of inconsistent judgments.

III. Contractual privity and application of ASIs against third parties

The English courts have granted injunctions in at least three cases within the past year (MV Bulk Poland⁵, A v B⁶ and ZHD v SQO⁷), preventing cargo receivers from continuing proceedings in foreign courts (China and Vietnam respectively) in breach of the arbitration agreement incorporated in the bills of lading. In all three instances, the bills of lading were issued “to order” and incorporated a London arbitration agreement contained in the charterparty. In each case, the ASI was granted on the basis that the proceedings in the foreign courts had not yet progressed on the merits, despite the Chinese courts having rejected challenges to jurisdiction filed by the Owners in MV Bulk Poland and A v B.

As the court may make an order “on such terms and conditions as the court thinks just”, it may require the ASI applicant to provide undertakings. For instance, where the ASI respondent would lose security issued in respect of the foreign proceedings (such as local bank guarantee), the court may require an undertaking from the ASI respondent and their P&I Club that alternative security will be provided. Further, if the ASI respondent’s claim will be time-barred if the foreign proceedings are discontinued, the court may require that the ASI applicant waives the limitation period or agrees to an extension. However, Mr Justice Calver in ZHD v SQO pointed out that “that is likely to be a rare case as ordinarily the respondent cannot complain of the application of time bar in the contractual mandatory forum as he has agreed to it”.

"Although an ASI does not bind a foreign court and it is not always certain that the respondent will comply with the order, the prospect of a fine or imprisonment if they trade in or travel to the UK should provide a strong incentive to discontinue the foreign proceedings and adhere to the arbitration agreement."

V. Proceedings commenced within the EU in breach of an arbitration agreement

The ECJ held in West Tankers⁸ that an ASI preventing proceedings in another member state in breach of a London arbitration agreement was inconsistent with the Brussels Regulation as it contravened the principle of mutual trust which underpins the Regulation, notwithstanding that the Regulation does not apply to arbitration. Therefore, while the UK was a member of the EU (and in relation to proceedings commenced before the end of the Brexit transition period), the English courts were prevented from granting an ASI in such circumstances.

Although it is possible that the UK will enter into a new agreement with the EU on jurisdiction, recognition and enforcement of judgments (or, indeed, that the UK will be permitted to accede to the Lugano Convention), for the time being the UK courts are not currently subject to any restrictions on the power to grant an ASI in respect of EU member states. While the English courts are yet to decide such an application, it seems likely that if all other requirements are satisfied, they would be prepared to do so.

Whilst the granting of an injunction is discretionary and will depend heavily on the facts, the courts have shown a willingness to intervene and grant relief where proceedings have been commenced in breach of an arbitration agreement. Although an ASI does not bind a foreign court and it is not always certain that the respondent will comply with the order, the prospect of a fine or imprisonment if they trade in or travel to the UK should provide a strong incentive to discontinue the foreign proceedings and adhere to the arbitration agreement.