In our briefing “Fluctuating Oil Prices: Contractual Pressure Points and Lessons Learnt” published in January 2016, we examined how low oil prices could cause difficulties as companies scaled back on exploration or sought to back out of their commitments under Joint Operating Agreements (“JOAs”) and what issues needed to be considered in view of defaults by joint venture (“JV”) members.

Price volatility has been a constant headline, but now for the opposite reason, namely the relatively high price of oil. With the change in tide, parties may have to consider what this situation means for existing or new contractual arrangements. This briefing will address some solutions to common JOA, JV and production sharing contract (“PSC”) issues, together with an update on our view of construction disputes.

Following the prolonged period of low-priced oil, market commentators spoke of the “new normal”, i.e. a market where low prices would remain a perennial constant.

Pundits referred to the shale oil revolution as providing an effective “glass ceiling” on oil prices, precluding a return to the heady days where Brent remained priced above US$100bbls.

Since our 2016 briefing, many of our predictions have turned out to be true. Numerous projects stalled and development plans were moth-balled or cancelled. The FPSO market stagnated and the outlook was bleak. During this period, Watson Farley & Williams (“WFW”) was engaged in disputes/arbitrations relating to a variety of matters, including: (1) FPSO conversion delays; (2) oil field valuations; (3) cancelled FPSO charters; (4) cancelled FPSO conversions; (5) oil rig construction defaults/cancellations; and (6) PSC commitment disputes.

"FOR THE FIRST TIME SINCE NOVEMBER 2014, BRENT CRUDE OIL FUTURES ROSE ABOVE US$75 PER BARREL IN EARLY MAY 2018 AND HAVE REMAINED AT ABOVE US$71 TO DATE."

Then, as unannounced as the oil price collapse, came the oil price surge. Despite his stated desire to keep oil prices low, the decision by President Trump to withdraw from the Joint Comprehensive Plan of Action (commonly known as the “Iran nuclear deal”) and the re-imposition of strict sanctions against Iran will have contributed to the oil price increase. For a summary of our briefing describing US withdrawal from JCPOA, see here. Other contributory factors appear to be the US shale oil export bottle-neck and the increased demand in places like China and India. For the first time since November 2014, Brent crude oil futures rose above US$75 per barrel in early May 2018 and have remained at above US$71 to date.

While there had been a steady rise in oil prices since the fourth quarter of 2017, they have recently climbed to a three-and-a-half year high in view of, among other things, the factors mentioned above, which have given the market confidence that high prices will remain for some time to come.

Whilst an analysis of the sanctions against Iran is not the subject of this briefing, it is apposite to mention that the prospect of them remaining in place for the foreseeable future will probably: (1) increase oil prices globally, with the result that developments that appeared unattractive over the past couple of years are becoming more attractive (again); and (2) prompt parties with contracts affected by the sanctions to look closely at clauses relating to, among other things, force majeure, termination, exclusion and limitation.

Although the full impact of the recent oil price development is still unclear at this stage, more market volatility is expected. Given the unpredictability of the market, there are a few things companies in the oil and gas industry should consider before dusting off shelved projects and pursuing further production targets.

As parties often commit to development projects years in advance, fluctuations in oil prices can cause JV members to re-evaluate the commercial viability of projects from time-to-time. In some circumstances, a JV member may become unwilling to continue investing in a project. We have seen JV members avoiding contributions to developments by refusing to approve the work programme and budgets (“WP&B”) or simply not honouring cash calls. Such situations put all JV members’ interests at risk as parties are often required by host governments to comply with minimum commitments and the consequence of non-compliance may be concession lapse.

Forfeiture was discussed in our 2016 briefing, and as the law in this regard has not evolved significantly since, this is not discussed here, save to note that forfeiture is now a more attractive remedy than before given the oil price.

An effective sole-risk operation clause may provide an even more attractive solution to the problem, particularly in a rising market where the delinquent party is unable to raise capital quickly to react to the sudden oil price increase. The solution also bears less legal risk and is simpler than forfeiture from a regulatory/registration perspective.

Generally speaking, under a sole-risk provision, if a proposal submitted to the operating committee fails to obtain the necessary approvals, any party that is in favour of the proposal may propose the operation be undertaken at its sole risk exclusively. In other words, if JV members refuse to approve the WP&B or proposal for a certain operation, the interested party may propose to undertake said operation on a sole-risk basis to break the deadlock.

Some JOAs provide for more flexibility by including a hybrid non-consent and sole- risk right where a party may propose an operation in which the other JV members may participate if they elect to within a specified period of time.

A non-participating party is usually granted a “buy-in” right under the JOA so that it may participate in the exclusive operation after paying for its share of costs with a substantial premium. Depending on the terms of the JOA, the participating parties may have to retroactively include the buying-back party for the allocation of any petroleum produced and commercialised during the exclusive operation period.

In view of the current change in oil prices, it may now be a good time for JV members having issues with obtaining necessary approval for a joint operation to undertake a sole-risk operation to put pressure on non-consenting JV partners.

Depending on how the market and the particular project progresses, sole-risk provisions could be used in conjunction with forfeiture provisions to avoid delinquent parties gaining benefit from “buy-in” provisions.

Extension and termination of PSCs

Favourable oil prices will encourage contractors to request extensions of time from host governments or national oil companies for their PSCs.

The life of a PSC typically consists of an exploration period followed by development, then production. Any extension is frequently dependent upon the oil and gas company’s fulfilment of obligations required up to that point and approval from the host government. When applying for an extension of time, contractors should pay attention to the following:

In the event that parties defaulted under the JOAs, the non-defaulting party may also consider terminating the JOAs, or holding the interest of the other party forfeit as a way of preventing the defaulting contractors from exercising the buy-back rights in connection with previously unattractive operations becoming very lucrative indeed.

An increase in exploration and development is an almost inevitable consequence of oil price increases.

The FPSO market is now more optimistic and we predict a further resurgence in FPSO projects. However, with the unpredictability of oil prices and inadequate experienced manpower to service the demand for development, as well as the inevitable impatience on the part of project companies to fast-track development, we consider the market is likely to see an increase in the number of FPSO disputes and project delays. This tendency is likely to be exacerbated by the entry of inexperienced players into the FPSO conversion and construction arena.

While rising oil prices represent opportunities, companies should give careful consideration to the contractual provisions and structure of joint ventures in anticipation of difficulties in the future, especially development delays, which may lead to disputes. As for the existing contracts, it is advisable for companies to review their contracts with a view to maximising profit and protecting their interests.

With new projects, project companies should get their lawyers to sharpen their pencils at the outset as delays and disputes are on the horizon. We expect to see a repeat of the errors, and disputes, previously made, particularly in high-value, high- complexity, fast-track FPSO projects.

OVER THE PAST 10 YEARS, MARCUS HAS PROVIDED FANTASTIC COMMERCIAL DISPUTE RESOLUTION ADVICE IN CONNECTION WITH FPSOS (CONSTRUCTION, OPERATIONS AND BREAKDOWNS), AN FSO, OIL RIGS, JOAS (FORFEITURE AND SOLE RISKING), PCSS AND OIL FIELD LICENCES/CONCESSIONS. MARCUS IS A RELIABLE AND TRUSTED ADVISER, WHO ALWAYS ADVISES QUICKLY, CLEARLY, CONCISELY AND AUTHORITATIVELY” 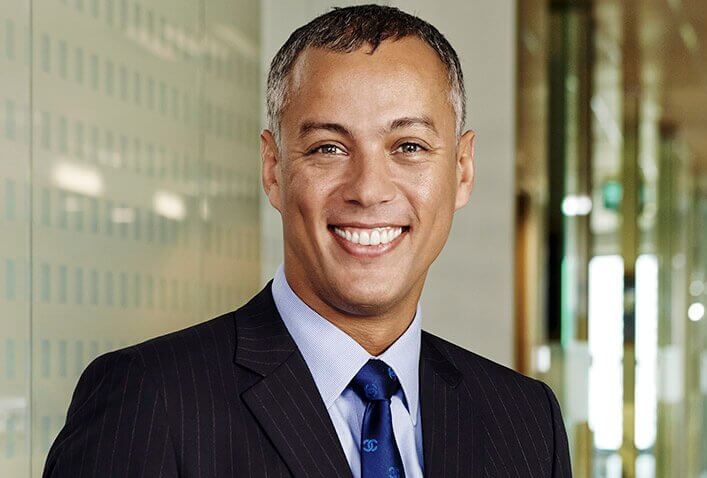