The ongoing coronavirus pandemic means the aviation industry faces hard times and an uncertain future as the economic downturn reduces appetite for air travel and travel restrictions imposed to reduce the spread of the virus drive down passenger demand even further. Even the collapse in the oil price, usually good for an airline’s bottom line, has done little to alleviate the dramatically reduced cashflow resulting from the need to ground aircraft, cut back on capacity and current lack of ticket sales.

"Any breach of a provision of a facility agreement is likely to constitute an event of default either immediately or after a contractual grace period."

Both borrowers and lenders will have concerns as to the potential effect of the crisis on their loan facilities and the purpose of this note is to address certain specific issues in financing agreements that they ought to consider following COVID-19. Although by no means an exhaustive review of all issues especially since each facility is bespoke, hopefully this note highlights the need to review the terms of loan agreements and to take advice before any action prompted by the current crisis is taken.

Several provisions commonly seen in aircraft finance transactions may be triggered by the prevailing global problems. Any breach of a provision of a facility agreement is likely to constitute an event of default either immediately or after a contractual grace period which will entitle the lender to either (a) accelerate outstanding amounts and/or (b) refuse to comply with a utilisation request. The following standard provisions of an aircraft finance facility are particularly relevant in the current circumstances.

Loss of income and deterioration in asset values will negatively impact borrower’s and airline’s financial position. A prolonged global downturn and spate of airline insolvencies are likely to negatively affect aircraft values. This is one area where COVID-19 is likely to have an immediate and measurable impact where (as is usually the case) the facility includes loan-to-value provisions. Nevertheless, lenders may still be kept waiting by test dates since valuations are often restricted to set times per year or annually, which might give borrowers and airlines some breathing space.  Similarly, while it is very rare to see covenants that look at rental income, in more structured transactions where the loan repayments rely on specific rental income, breach by the lessee to pay rent on time will trigger an event of default under the facility agreement.

"Most facility agreements will include provisions which seek to prevent the removal of aircraft from regular operation and which impose strict requirements around any long-term storage of the aircraft."

Where an aircraft is not being used, airlines will consider parking them to reduce costs until demand for air travel increases and travel restrictions are relaxed. Most facility agreements will include provisions which seek to prevent the removal of aircraft from regular operation and which impose strict requirements around any long-term storage of the aircraft. With airlines around the world currently operating as few as 5% of their normal scheduled flights, it would seem advisable that clauses of this type are reviewed to ensure that the aircraft are being treated in accordance with the terms and conditions of the agreement. There is a distinct possibility that so many aircraft being grounded simultaneously means airlines may struggle to meet the usage and storage obligations contained in their finance and leasing documentation.

Even where no such clause is included, such action may well trigger what is an LMA standard default, namely that the borrower or an obligor suspends or threatens to suspend all or a material part of its business. This latter provision might be subject to a qualification that such suspension is likely to have a material adverse effect on the ability of the borrower or obligor to perform its (payment) obligations. Grounding a substantial part of the fleet has the potential to force a temporary suspension of the business. Airlines will therefore have to consider carefully how to curtail or suspend operations, albeit temporarily, without triggering event of default provisions of this kind.

Depending on the length of interest periods, it may not take long before payment defaults occur. Arguably, the likelihood of being unable to meet a payment known in advance is an indicator of insolvency or an incipient default. Because there is always a chance that the payment will be made when due, facility agreements usually give a borrower the benefit of the doubt until the payment default has, in fact, occurred. However, one of the major challenges with highly structured financing is that easing short-term cashflow issues by, for example, introducing new money, may be constrained due to the existing financing arrangements.

Recognising the transient nature of the crisis and its impact on airlines suggests that lenders will try to support borrowers facing short-term liquidity issues. It is important to note that it may not be the lender’s willingness to provide further support but rather the underlying nature of the state of a borrower’s business and capital structure which is the problem. Cashflow or balance sheet insolvency events of default may occur where a company’s working capital is finely balanced, or where there is a sharp fall in the value of its key assets such as aircraft. However, determining whether a company is balance sheet or cashflow insolvent is not always straightforward and the accounting and legal rules can be different. 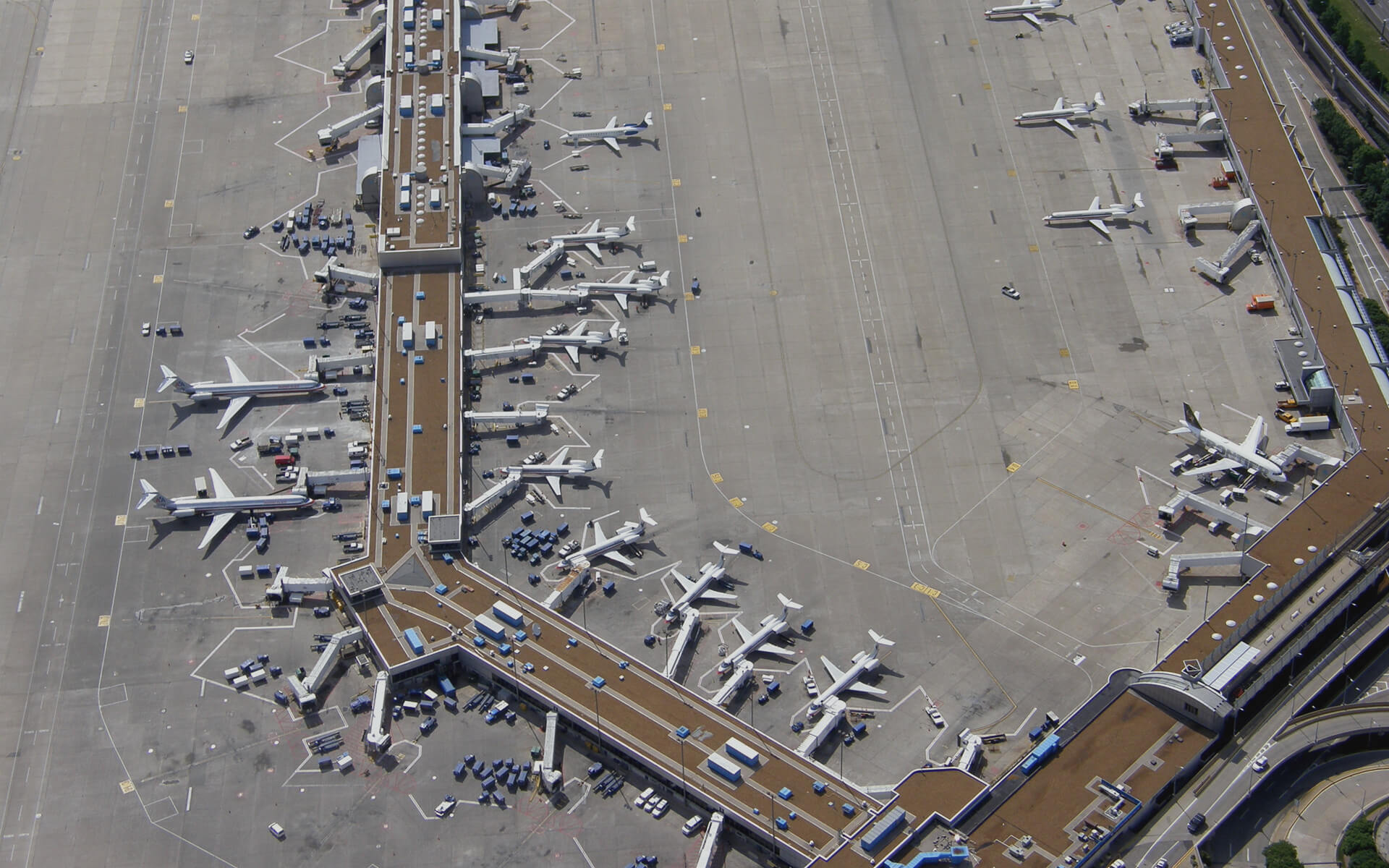 If governmental advice on business conduct is not adhered to, a representation as to compliance with applicable laws and regulations may be breached on deemed repeat dates.

Governments and even some lenders are already talking about offering payment holidays, but most finance transactions will include cross-default provisions referencing widely defined concepts of borrowing and transactions having similar commercial effect. These often include cross-defaults in derivatives transactions, finance leases, and counter-indemnity obligations for guarantees and letters of credit issued in support of borrower payment obligations to counterparties. The purpose of such provisions is to try and ensure that lenders are not excluded from discussions which a borrower may be having with other creditors or precluded from exercising their rights whilst other creditors are exercising their rights to refinance, require early repayment and/or take enforcement action. Accordingly, borrowers need to be aware that discussions with respect to the granting of a payment holiday or re-scheduling existing indebtedness could trigger events of default under other facilities.

If governmental advice on business conduct during an epidemic or pandemic is not adhered to, a representation as to compliance with applicable laws and regulations may be breached on deemed repeat dates. Sometimes there is a representation to the effect that there are no other events or circumstances outstanding which would constitute a default or termination event under any other agreement where this has, or is reasonably likely to have, a material adverse effect.

The economic impact of the COVID-19 pandemic on the aviation industry should not be underestimated and many of the above defaults may be expected to occur over time. The MAC clause event of default can be a useful starting point for lenders wanting to approach borrowers to consider refinancing options without waiting for payment defaults, breach of covenant, cross-defaults or deemed repetition of representations. Their terms vary widely since they are always heavily negotiated and there is no real ‘market standard’, with the LMA offering various options in its precedent documentation. To the extent they are included, most will be triggered by circumstances resulting in a deterioration in financial condition likely to impact a borrower’s ability to service its debt obligations. Less borrower friendly versions will extend to any material adverse effect on a borrower’s business, operations, property condition (financial or otherwise) or prospects. By now it is clear that that COVID-19 will have a significant impact on the aviation sector particularly in hard-hit locations.

"Lenders should be wary of relying on MAC provisions unless they are very sure that the provision has been triggered."

Lenders however should be wary of relying on MAC provisions unless they are very sure that the provision has been triggered because a failure to fund or an acceleration in breach of their contractual rights and obligations would most likely result in them being obliged to pay substantial damages as well as the accompanying reputational damage. In the circumstances there are several factors which suggest that lenders are unlikely to seek to rely on COVID-19 having a material adverse effect. To have a material adverse effect:

If a company is currently performing its obligations, then without a specific provision addressing a pandemic or similar occurrence, lenders would have a heavy burden to show that the effects of the Covid-19 outbreak would constitute a MAC and, if it is not, then there will undoubtedly be other events of default which the lender can rely on in preference to the MAC clause.

This article was written by Jonathan Mullender, a former partner in our Munich office.