The enforcement of foreign court judgments in the UAE has always been notoriously difficult and uncertain. The recent directive issued by the UAE Ministry of Justice requiring the Dubai Courts to enforce English judgments is likely to increase collaboration between the English and UAE Courts.

"The enforcement of foreign court judgments in the UAE has always been notoriously difficult and uncertain."

The Directive notes that the existing treaty between the UK and UAE on judicial assistance, which entered into force on 2 April 2008, does not provide for the reciprocal enforcement of court judgments. The treaty is limited to:

(i) a reciprocal right of access to the national courts of the other; and

(ii) mutual judicial assistance in respect of the service of judicial documents and the taking of evidence.

The Directive refers to the English court’s recent decision in Lenkor Energy Trading DMCC v Puri (2020) EWHC 75 (QB), in which the English court enforced a judgment of the Dubai Court of Cassation which held the defendant, Mr Puri, personally liable for a sum of approximately US$34m for drawing company cheques on an account that held insufficient funds to honour them. The English court ruled that the UAE judgment was a final and conclusive judgment of a court of competent jurisdiction, which did not contradict English public policy.

"In practice, the onshore UAE Courts only recognise and enforce a judgment or order when reciprocity exists between the UAE and the issuing jurisdiction."

Why is it an important development?

The Directive no doubt constitutes a notable development in the field of enforcement of foreign judgments in the UAE.

(i) any existing bilateral treaty between the UAE and the relevant foreign jurisdiction (e.g. the existing treaties the UAE has signed with India, China, France or Tunisia); or

Where no treaty applies, a foreign judgment may be enforced in the onshore UAE courts in accordance with Article 85 of Cabinet Decision No. 57/2018 (“Cabinet Decision”). Article 85(1) of Cabinet Resolution provides that judgments and orders issued in a foreign state can be enforced in the UAE under the “same conditions for the enforcement of judgments and orders that apply to the law of the jurisdiction that issued the judgment or order”.

In practice, this means that the onshore UAE courts only recognise and enforce a judgment or order when reciprocity exists between the UAE and the issuing jurisdiction. In other words, where no treaty exists, the onshore UAE court will almost invariably require evidence that a UAE judgment would be recognised and enforced by the court in the relevant foreign jurisdiction. 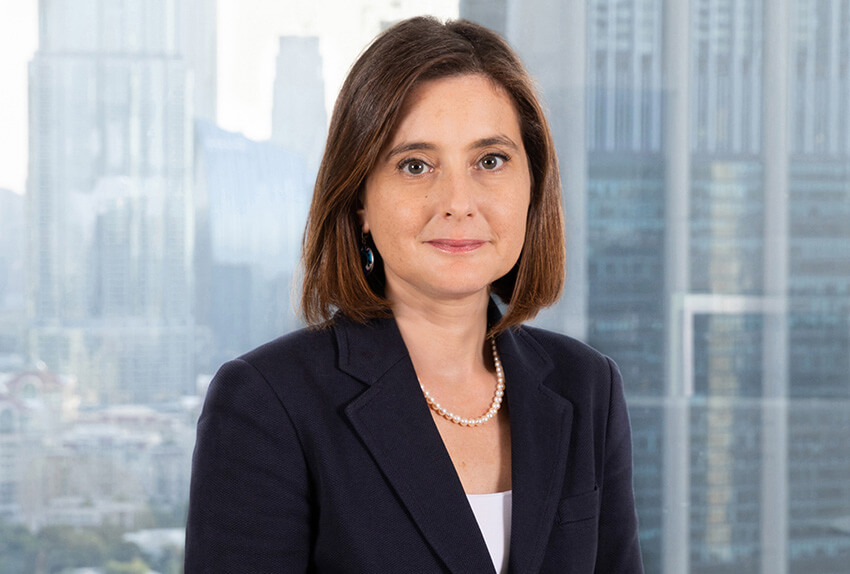 "The Directive refers to the English Courts’ recent decision in Lenkor Energy Trading DMCC v Puri (2020) EWHC 75 (QB) and confirms that reciprocity now exists between the UK and the UAE."

The Directive is important as it confirms that reciprocity now exists between the UK and UAE and is likely to increase judicial cooperation between the English and the Dubai Courts, cooperation that already existed with the DIFC Court, i.e. the English-language common law court in the Dubai International Financial Centre (“DIFC”), which is an autonomous free-zone established in Dubai. In 2013, the DIFC Court and the English Commercial Court (“Commercial Court”) entered into a memorandum of guidance setting out the conditions and procedure for mutual enforcement of monetary judgments. In accordance with the memorandum, to be sued upon in the DIFC Courts, a judgment of the Commercial Court must be final and conclusive, and the Commercial Court must have had jurisdiction (according to the DIFC conflict of law rules). Where those requirements are established, a Commercial Court judgment may be challenged in the DIFC Courts only on limited grounds, including (i) where the judgment was obtained by fraud, (ii) where the judgment is contrary to public policy and (iii) where the proceedings were conducted in a manner which the DIFC Courts regard as contrary to the principles of natural justice.

Where no treaty or memorandum exists, the relevant DIFC legislation appears to give the DIFC Courts wider powers than those of the onshore UAE Courts to enforce foreign judgments. Article 7(6) of Dubai Law No. 12 of 2004 (as amended) simply states that foreign judgments “shall be enforced within the Centre [DIFC] in the manner prescribed in the Rules of the Courts”. This language is echoed in Article 42 of the DIFC Court Law (DIFC Law No. 10 of 2004). Article 24 of the Court Law is expressed in similarly broad terms.

Earlier this year, in the case of Barclays Bank Plc v Shetty [2022] EWHC 19 (Comm), the English Commercial Court recognised and enforced a judgment of the DIFC Court.  In this case, the claimant obtained judgment for US$131m against the defendant in the DIFC Court and then brought a claim to enforce that judgment in England. The English court granted summary judgment on the claimant’s claim based on the common law test applicable to enforcement of foreign judgments. Under that test, the English court must be satisfied that the relevant foreign court: (i) had original jurisdiction to render its judgment; (ii) issued a final and conclusive judgment; and (iii) issued a judgment for a definite and calculable sum. If that is established, then there are only limited defences available to a judgment debtor, including that enforcement of the foreign judgment would contravene English public policy.

"The Directive is likely to increase judicial cooperation between the English and the Dubai Courts, cooperation that already existed with the DIFC Court."

If the Directive no doubt constitutes a step forward towards reciprocity in the enforcement of judgments between the UK and Dubai courts, there remains grounds under the Cabinet Decision for judgment debtors to resist enforcement. Article 85(2) of Cabinet Resolution provides that enforcement may only be granted provided the following conditions are satisfied:

(a) the UAE courts do not have exclusive jurisdiction over the dispute;

(c) the parties were “properly summoned and duly represented” in the foreign proceedings;

(d) the foreign judgment is final; and

(e) it does not conflict with a UAE judgment or order and nor is it contrary to UAE public order or morals.

The presence of a defendant’s assets within the UAE is in many cases sufficient for the UAE courts to assert jurisdiction over a case. Attempts to enforce foreign judgment against the assets of a defendant may fail on jurisdictional grounds under Article 85(2)(a). This is on the basis that the onshore UAE courts would consider themselves as having had jurisdiction to hear the original claim. Therefore, even though an agreement may provide for a foreign governing law and submission to the jurisdiction of a foreign court, the UAE onshore courts will not automatically enforce a foreign judgment. However, the Cabinet Resolution has restricted the grounds upon which the UAE onshore court may object to enforcement by stating that the circumstances are those to which the UAE courts have “exclusive” (as opposed to general) jurisdiction. There have been some recent examples of this new approach applied in practice.

Enforcing a foreign default judgment may also be challenging in practice. This is because Article 85(2)(c) requires the court to verify that the parties have been properly served with the substantive proceedings and were duly represented. If the defendant did not appear or did not respond to a summons, it may be difficult to satisfy the onshore court that the requirements of Article 85(2)(c) have been satisfied.